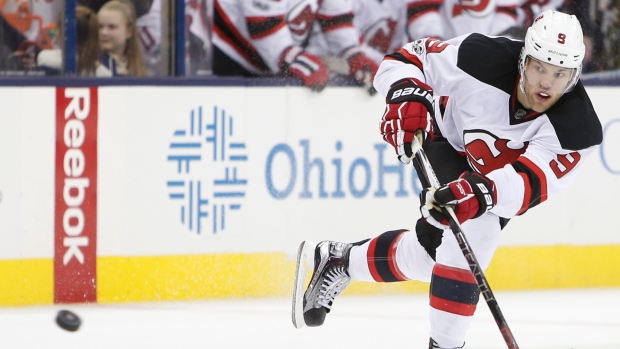 Hockey Insiders Bob McKenzie, Darren Dreger and Pierre LeBrun talk about the Taylor Hall sweepstakes and the frontrunners to land the talented forward. What would New Jersey's asking price be? The Insiders have the latest and also touch on why 'hockey culture' will be a key topic at next week's BOG meetings.

Given what the Devils are going through right now, given the fact that Taylor Hall is an unrestricted free agent at the end of the season, it is looking more and more likely that he’ll be dealt. The question is, Dregs, where do you see the most interest right now? 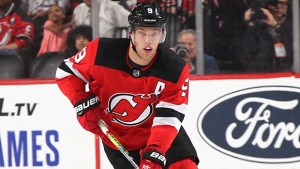 Dreger: Well there’s lots of speculation right now as to who might be (or) who should be interested in Taylor Hall, given the fact that he is a hot commodity and is a pending unrestricted free agent. But I can tell you there is at least one team who is definitely interested in acquiring Taylor Hall and that is the Arizona Coyotes. When you look at past transactions like this, what it might take to acquire a player like Hall, based on his status, the Arizona Coyotes aren’t concerned about that at this point. But again, there’s a lot of discussion that has to happen moving forward. But credit to John Chayka, the general manager for the Arizona Coyotes, who always seems to be in these big game hunts.

LeBrun:  And certainly a team that’s been mentioned a lot is the Colorado Avalanche, for obvious reasons. They’ve got tons of cap room, they’re a Stanley Cup contender, they’ve got the assets. I spoke with GM Joe Sakic on Wednesday. Obviously, we couldn’t ‘say the name Taylor Hall’ for NHL tampering rules. But when I asked about a potential impact trade, this is what he said. No. 1, he wants to see his team healthy for awhile before he examines what it exactly he believes the needs are for his team. They’ve been hurt all year, they’re just starting to get healthy now. No. 2, Chemistry. He believes in that and he doesn’t want to do anything that takes away from the chemistry of this team. But, who’s kidding who? And these are my words, (add comma) not his. You talk to people around the league, the Avs looked at this, they’ve talked about it internally. They have what it takes to make this move if they decide to do it.

McKenzie: What is going to be the asking price? That’s what a lot of teams want to know. Some teams are already speculating that it’s going to be the old conventional wisdom that if you’re going to have a high-end rental like Taylor Hall, then it’s going to cost you a first-round pick. An A+ prospect. A young player and maybe a conditional first-round pick if you happen to sign Taylor Hall to a long-term contract. My understanding though, is that the New Jersey Devils have not set up any parameters of any kind in terms of specifics as to what it will take and instead it is more , hey, make your best offer. And general manager Ray Shero seems to be wide open to consider anything. Package deals, one-for-one. If there’s a team that’s got a cap issue, maybe taking back salary or retaining salary. And that probably holds true for it being wide open in terms of the timing of the trade. Could it happen early? Could it happen at the deadline? And I think anything is possible. It could happen tomorrow if the New Jersey Devils get what they want. Or it could be a lot closer to the deadline. But I don’t think there is anything in place here and that message is being sent out loud and clear to the National Hockey League.

The NHL Board of Governors is meeting next week in California and on Tuesday, Dregs, you mentioned that coaching issues will be a topic of conversation at those meetings. Pierre, do we have any sense of the direction of how those discussions will go? 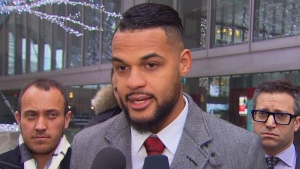 LeBrun: Yeah it’s starting to take shape a little, although the league is being very careful not to share any of this with people like us. But the agenda went out to the governors around the National Hockey League on Wednesday. They now have this in hand. The title of this agenda item is called ‘Hockey Culture’. That’s going to be the discussion. A very important one. Probably the most important one in years for the National Hockey League. What does that mean? I think it’s going to be a framework of ideas that’s going to shape up some policies here coming out of this meeting. It’ll be interesting to hear commissioner (Gary) Bettman speak for the first time and address this. Not only with NHL owners, but with the media afterwards. But there will be other items on the agenda. This is the meeting every year where you find out about a salary cap, ballpark, all that stuff and that’s still going to be there at Pebble Beach. 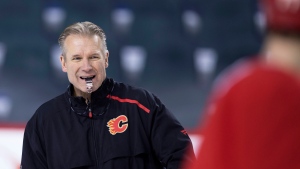 McKenzie: Obviously for the Calgary Flames, that hockey culture that you talked about had a big impact for them. Peters, of course, no longer the head coach. The Calgary Flames are though close to hiring a coach. Not a head coach, because obviously Geoff Ward moved from associate coach to interim head coach. What they have to do now is hire and replace Ward on the bench and they are looking at both internal and external candidates for an assistant or associate coach role. And that should be done fairly soon.

Nathan MacKinnon continues to tear up the NHL and people look at him and say boy, with that contract he’s a great deal. But what happens when he has to sign his new contract? Then he’ll get the big payday. In an interview with Forbes magazine, he said ‘on my next deal, I’ll take less again because I want to win with this group.’ Wow, there’s some teams who would have liked to hear that from their players. 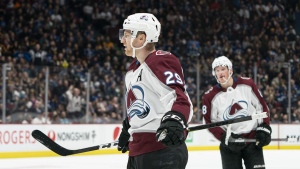 Dreger: Yeah no question about that. The Toronto Maple Leafs among them obviously. Look, Nathan MacKinnon has three-plus years remaining on his contract with the Avalanche. I spoke with his agent Pat Brisson earlier, and he said No. 1, MacKinnon wants to win. He wants to win a Stanley Cup with the Avalanche and if the pieces are right and they are in place and his contract were expiring, then yeah perhaps he’d be willing to take less money, but what’s the salary cap going to look like at that point? If it’s $90-plus million, taking less might be going from $14 to $13 million or $13 million down to $11.5 million so there’s a lot of work to get done before that happens.