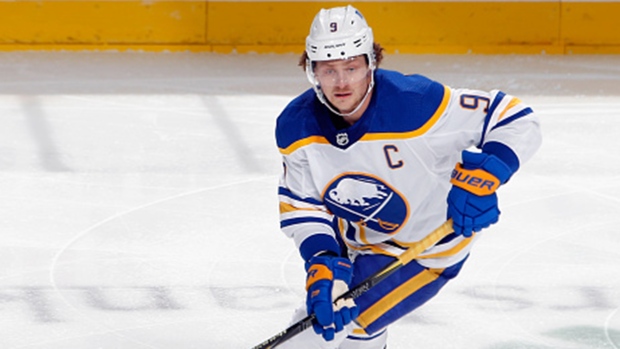 TSN Hockey Insiders Darren Dreger and Pierre LeBrun join host Gino Reda to discuss Jack Eichel’s future and his medical path going forward, whether or not there is any sense of urgency for the Maple Leafs and Morgan Rielly to reach an extension and what the restricted free agent contracts handed out this week could mean for Elias Pettersson and Quinn Hughes in Vancouver.

What’s the latest on Eichel?

Eight weeks ago, Jack Eichel’s agent said his camp expects the Sabres star to be traded in the near future. Is there any sense of a new timeline now? 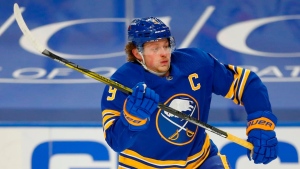 Dreger: Well, it’s tough to pinpoint a timeline but we do know there is ongoing discussions with Jack Eichel’s agent Pat Brisson and Kevyn Adams, the general manager of the Buffalo Sabres. They’re on good terms, they have an excellent relationship. We also know that Jack Eichel will start the regular season on LTIR. Now, he saw a team of specialists over the course of the off-season. Some encouraged the artificial disc replacement surgery, however the Buffalo Sabres remain adamant that the fusion surgery is the best option. It’s possible that Eichel gets traded and has the disc replacement surgery under the blessing of a new club, but there’s no guarantee and it doesn’t seem like anything is real close on that front.

Sense of urgency on a Rielly extension for Dubas?

Morgan Rielly is set to become an unrestricted free agent at the end of the season and while he reiterated his love of playing in Toronto on Wednesday, he did add that there is a business side to consider. 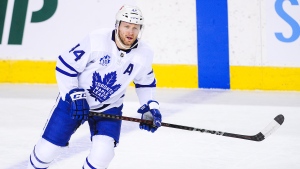 LeBrun: I don’t know about urgency. I can tell you there have already been some preliminary talks during the summer and they’ve kept that pretty quiet but nothing really concrete at this point. The expectation, I’m told, is that general manager Kyle Dubas and veteran agent J.B. Barry will chat again during training camp in the next little while. But I’m not really sure that something is going to get done quickly and a lot of it has to do with where the new unrestricted free agent defenceman market has been set. Dougie Hamilton, Seth Jones, Zach Werenski and Darnell Nurse all got deals this past off-season for $9 million-plus. And so that’s pretty difficult for the Leafs to get into at this point pending other moves when it comes to next year. So, to me, I think the dialogue will be open, it will continue, but I suspect this will drag on potentially into June.

There have been plenty of other restricted free agents to sign over the past few days, but neither are Quinn Hughes or Elias Pettersson. Is anything close in Vancouver? 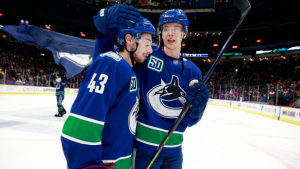 Dreger: It’s been an excellent week for the restricted free agent pool. At least a couple of guys. I look at the extension handed out to Rasmus Dahlin by the Buffalo Sabres. It’s three years at $6 million per season and that has to bolster Quinn Hughes’ position with the Vancouver Canucks. It’s all about term and less about money. It doesn’t seem like they’re that far apart in dollars but with camp underway and the signings this week including Rasmus Dahlin as mentioned and Kirill Kaprizov, both Quinn Hughes and Elias Pettersson are hopeful that they will find some common ground with the Vancouver Canucks’ management. But there’s a fair bit of work and positioning changes that have to be observed there. Meanwhile, if you look at Brady Tkachuk, again, there’s the top three restricted free agents. There is work being done between the Ottawa Senators’ management group and of course those who represent Brady Tkachuk from Newport Sports. Now, they continue to say that the negotiations are positive. It feels like it’s broken down now to structure and protection, those are likely the main hurdles. But you have to wonder if a shorter term becomes an option if negotiations drag closer to opening night.

Another kick at the can for Staal?

At the age of 36 with 17 NHL seasons under his belt, does Eric Staal intend on returning for an 18th? 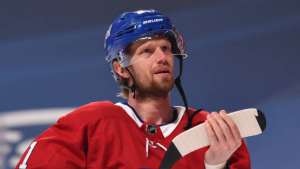 LeBrun: He is not ready to retire. He is committed to playing another NHL season but he doesn’t have an NHL home. Now probably ideally [it] would be where his family has lived the last few years in Minnesota but the Wild have not shown interest in bringing him back and I don’t think that’s going to happen. A return to Canada where he finished the season with the Montreal Canadiens, probably not in the cards right now either. The preference for Eric Staal is to find a good fit in the U.S., that’s where his camp is working on now. He is committed to trying to come back for another year.

The league appears to be particularly stringent when it comes to cross-checking in the 2021-22 season. 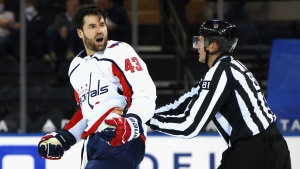 LeBrun: We told you a few months ago in the summer that the general managers on the competition committee had agreed on a crackdown on cross-checking. Well, governors on the Board of Governors call yesterday got an explanation of that from NHL hockey operations. There will be that crackdown on cross-checking so expect either the players adjusting quickly this fall or lots of penalty calls for those cross-checks because that seems to have marred the Stanley Cup Playoffs.