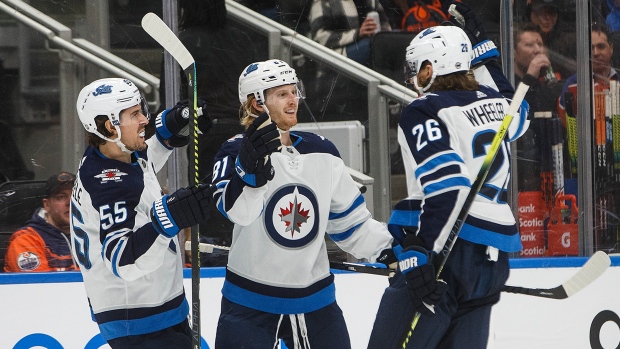 How concerned are the Jets with the positive COVID-19 tests for Blake Wheeler and Mark Scheifele? Who are the six goalies on Canada's short list for the Olympics? Are the Sens shopping for more scoring? TSN Hockey Insiders Pierre LeBrun and Chris Johnston discuss this and more.

How concerned are the Winnipeg Jets regarding the positive COVID tests for Mark Scheifele and Blake Wheeler? 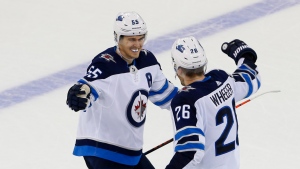 Chris Johnston: Well, there’s great concern in this situation and it’s partly due to the fact that they don’t know exactly what they’re dealing with just yet. Blake Wheeler tested positive on the road and they thought maybe they were through it but then they get back to Winnipeg and Mark Scheifele has his positive test on Thursday.

These are breakthrough cases, of course, we’re talking about vaccinated players but it’s going to be seven full days before the Winnipeg Jets truly know the extent of this, if it’s infected anyone else, and they’ll [Scheifele and Wheeler] be tested each and every one of those seven days because they need multiple negatives before they can return to normal protocols.


Who are the six goalies on Canada’s shortlist for the Olympic roster? 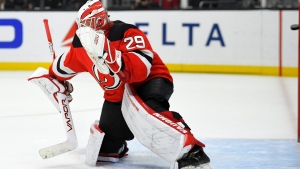 Pierre LeBrun: Canada, like every other country, sent in their list of 55 NHL players by last Friday’s deadline, 50 skaters, and five goalies. Except Canada has six goalies on its list as an exemption has been made for Carey Price given what he’s going through and the uncertainty around his situation. So Canada has named five extra goalies on top of Carey Price.

Among them are Darcy Kuemper, Carter Hart, Marc-Andre Fleury, Mackenzie Blackwood and Jordan Binnington. No big surprises there but I should mention that Blackwood is an interesting name to be on there because he was one of the four unvaccinated players to start the NHL season. I’ve checked into this and have been told that he’s ‘working through that process,’  so I suspect that means he’s probably going to get vaccinated.

Of course, if he doesn’t, he can’t go to the Olympics. You have to be vaccinated.

Are the Ottawa Senators looking for help down the middle? 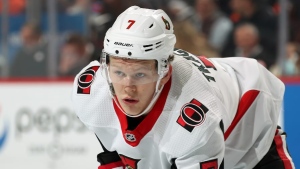 As for what they might give up? They have 11 draft picks in the upcoming draft, plus some prospects, so I think Pierre Dorian is open, and shopping, trying to add to his team.

LeBrun: While the Senators are looking around, the Montreal Canadiens, I’m told, are not. This may surprise some Habs fans out there but Marc Bergevin truly believes that the answer lies within. That making a phone call to make a trade isn’t what he needs to shake up his team. I know some people have wondered, for example, if Dylan Strome was being shopped by the Chicago Blackhawks, would he be of appeal to the Canadiens and I’m being told no. The Montreal Canadiens, inside that organization everyone has been told that they need to work their way out of this together, with what they have.

How will the in-person meetings between general managers be different this season?

Johnston: They’re going to do them digitally. There had been some hope that they could get together. We’re all trying to get back to normal times. I think the GMs, in a perfect world, would like to be in that situation but it’s not going to be able to happen. There are provincial restrictions and complications with travel so they’ll do this one digitally and hope to have one in person at some point later in the year.