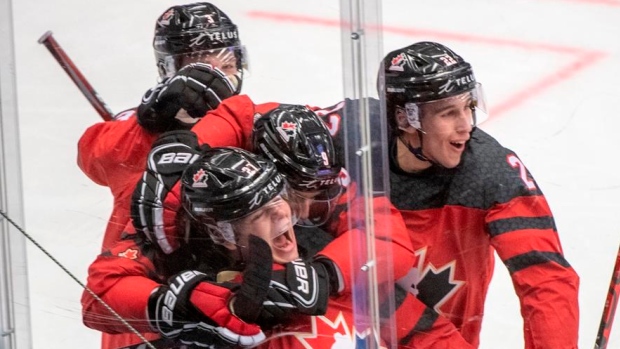 With COVID-19 numbers rising across Canada, including Alberta, how concerned is Hockey Canada about complications that could arise regarding the upcoming WJC in Edmonton? A start date has not been proposed for the next NHL season, but what progress is being made towards that? The Insider Trading panel shares the latest on that and more.

We know the World Junior Championship is set for the Edmonton bubble at Christmas time. How sensitive are the IIHF and Hockey Canada to the recent rising COVID numbers in Alberta?

Darren Dreger: I would say very sensitive, Gino. I mean based on the COVID numbers in Alberta, in fact across Canada, across North America and Europe, there is reason for some level of concern and I know that Hockey Canada, the IIHF were in constant communication with varying levels of government and health authorities. The plan at the moment of course is to forge forward. It is all systems go. The best case scenario would be for all the participating countries to arrive in Edmonton via a charter on Dec. 13, but again amid the numbers, 406 (COVID-19 cases in Alberta) a record day on Wednesday in Alberta. Hockey Canada is paying close attention.

Frank Seravalli: Well Dregs, there would be some good news, actually on Thursday that the federal government is considering changing out the 14-day quarantine requirement for international arrivals in exchange for producing one negative COVID test at the airport. That would provide Hockey Canada and the tournament organizers with just a shade more flexibility as they try putting on that tournament and there's no question that the National Hockey League is keeping a close eye on that situation as well. That might open up the NHL to begin playing games again with American teams and Canadian teams. We've heard a lot of talk about an all-Canada division to start next season. Changing that requirement would certainly give the NHL some leeway. At least that's what the league hopes.

NHL general managers are going to meet virtually on Friday as the league is still aiming for a Jan. 1 start for next season. What's the most pressing matter for the GMs right now?

Dreger: Well, developmental leagues. What is happening? What can all NHL clubs, their general managers do with their developmental plans and specifically their players? Everything about the start of the 2020-21 season guys, of course, is tied to the economics and that's more of an ownership issue. So general managers are going to ask a ton of questions on Friday, but what happens if the American Hockey League doesn't go? What happens if the restrictions in Major Junior are too extreme or some of the other feeder systems. The problem is, the National Hockey League high level executives aren't going to be able to provide the answers to the general managers on Friday that these GMs are hoping for.

Pierre LeBrun: While we wait for the joint return to play committee to finally meet, the one that involves players and senior staff from both the NHL and NHLPA, it should be noted that senior leadership from the league and the NHLPA did have another chat on Thursday. So, there has been constant dialogue between Gary Bettman and Don Fehr and Bill Daly, Mathieu Schneider about next season. It's just that the joint committee itself with about 10 players on it hasn't met quite yet, but I will tell you this - that there seems to be a bigger appetite from owners and GMs and the players at large, not just on the committee, to have a voice on what next season looks like and I think it's because there's so much at stake with the ability or the inability to make money depending on whether or not there's fans in the building. One thing, a theme that keeps on coming back, is whatever the season looks like to begin with, let's say four regional divisions, it's not what's it's probably going to end like by the end of the playoffs and that's something that keeps on coming back in my conversations.

Seravalli: One of the big conversations that's been going on in recent weeks is a cost-benefit analysis for the NHL as it relates to next season and it came out that one of the discussions that the NHL and NHLPA had while they were negotiating this new collective bargaining agreement was modelling a worst case scenario for what the revenue projection is for next season if they play all of next season, even a shortened year, without fans. That number is $1.8 billion. So, when you're doing that cost-benefit analysis and you're paying out the players $2.7 billion or so in salary, well you can see why that may or may not be problematic for the NHL moving forward. And in addition to that when you look at the players and their financial uncertainly that they've been facing, they'll at least get a little bit of a benefit to stem that, they will be receiving 8.1 per cent of their salary in a paycheque due by Halloween on Oct. 31 that should help tide them over to whenever next season begins. It will be their first pay since April.

The Dallas Stars are rewarding Rick Bowness for nice run to the Stanley Cup Final. Thoughts?

LeBrun: Rick Bowness and the Dallas Stars are putting the final touches on a new multi-year deal, a head coaching contract. He was coaching under his old associate contract last year when he replaced Jim Montgomery. Well earned of course for Rick Bowness and probably the last contract he's going to sign at his age and a nice way to go out on a head coaching salary. I'm told it's going to about middle of the pack in terms of where it ranks him among the 31 coaches. Well earned.