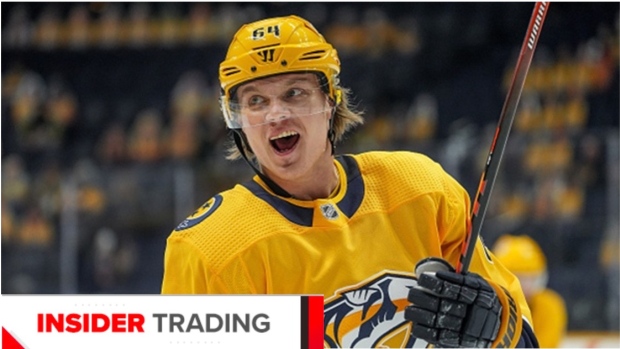 TSN Hockey Insiders Darren Dreger, Pierre LeBrun and TSN Senior Hockey Reporter Frank Seravalli join host James Duthie to discuss who the potential No. 1 target is for the Toronto Maple Leafs, the plans for Tanner Pearson and the Vancouver Canucks as well as the latest on the goaltender market.

Latest on the Maple Leafs

We know the Toronto Maple Leafs are looking for a top-six forward as the April 12 trade deadline approaches. Do we have a favourite or a best fit for who they might be looking at? 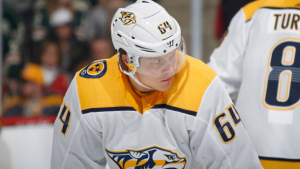 Seravalli: Yes. After scouring the league, I believe the Leafs’ primary target at this point is Nashville Predators forward Mikael Granlund. Now, there have been a number of complicating factors that have popped up including, number one, the fact that the Leafs are waiting for some clarity from the NHL as to whether this 14-day quarantine will be reduced to seven days. They’ve actually been spearheading the charge among the seven Canadian teams to see whether that will happen or not. And number two, there seems to be some slight hesitation on the part of the Nashville Predators as the Chicago Blackhawks have come back to earth here as to whether they’re still in the race or not. So not sure if it’s fair to say that the Preds are pulling their players off of the market, it just seems like at this point they’re more wait and see mode rather than sell mode. And I can tell you this. The Toronto Maple Leafs, if things don’t get going soon, are going to have to consider Plan B, C or D on the list. 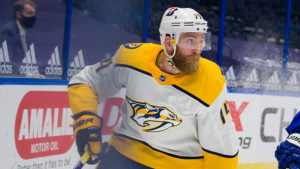 LeBrun: And keeping with the Predators, obviously the big name on the Trade Bait List from the Predators remains Mattias Ekholm, the most talented defenceman on the market. And he doesn’t come cheap according to people around the league that I’ve talked to over the last couple of days. It is a three-asset ask to get in on the bidding for Ekholm, which is a first-round pick, an elite prospect and a third asset which can take on different forms. That’s a lot, and part of that is that the Nashville Predators don’t have to trade Mattias Ekholm at this deadline. He’s signed through next season and really, there’s also the internal debate for Nashville; is their best offer at this deadline when contending teams believe they can get Ekholm for two playoff runs, or is it after the July expansion draft when teams who are interested in him no longer have to worry about their protection issues. So, a lot to consider here for Ekholm and the Predators closing in on April 12.

Tanner Pearson’s deal is set to expire at the end of the season. Is there a chance he could stick around in Vancouver long-term? 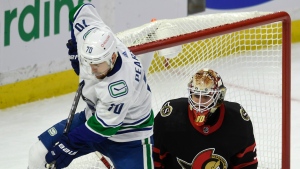 Dreger: Well, we’re going to find out in the near future here. What we know is that the Vancouver Canucks play the Winnipeg Jets on Wednesday and then after that they’ve got a well-earned rest. Everyone outside of general manager Jim Benning, he’s going to be hard at it, he’s going to connect with Joe Resnick who represents Tanner Pearson to discuss what a contract extension needs to look like. Tanner Pearson earns $3.75 million. This is the final year of his contract, so do the Vancouver Canucks have the wherewithal to meet that or go above $3.75 million? Again, discussions about to get going and then it’s up to the Canucks to decide what happens with Pearson after that.

Time for change yet again in the desert?

Dreger: Yeah, I don’t think he wants to use the word rebuild, but he wants to make some changes. And perhaps some significant changes. Not a fire sale for the Arizona Coyotes, just a strong appetite for different. And we’re potentially talking about core players. It’s not going to be easy, most, if not all, of this probably isn’t going to get done between now and the trade deadline. It’ll drift into the off-season, but the Arizona Coyotes, for obvious reasons, are looking for long-term improvement and willing to discuss just about anything on the trade front. 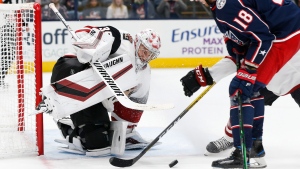 Seravalli: And just a quick update on the goalie market as well. Speaking of Arizona, Darcy Kuemper, lots of teams curious about his health and availability. Not sure a trade happens before the deadline but it’s certain that Kuemper will be healthy and back in the Coyotes lineup before the deadline hits. And also, Jonathan Bernier, No. 5 on our Trade Bait Board from Detroit, he’s day-to-day. So, if you’re looking for a goalie, there’s two that could be on the market and in play.