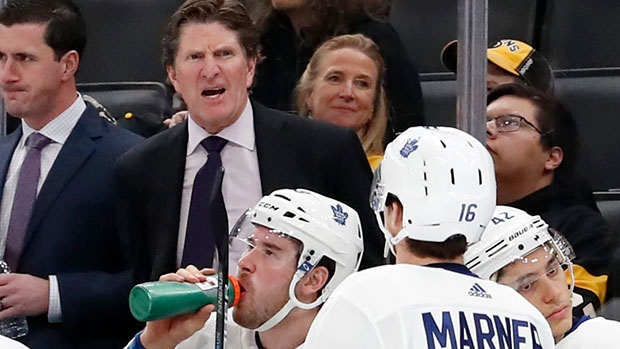 James Duthie: For weeks the insiders have been saying that the Buffalo Sabres were looking to move a defenceman for a forward, and now they have a volunteer, Zach Bogosian. 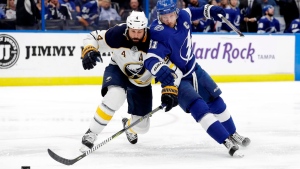 Darren Dreger: Twenty-nine-year-old, right-shot defenceman in the final year of his contract, and it’s been hit or miss. Primarily because of injury this year to Bogosian, but sources say that he officially requested a trade from the Buffalo Sabres. It’s going to be interesting, with a cap hit of just over $5.1 million, whether of not there will be any takers at this point. The Buffalo Sabres have been trying to move a defenceman for quite some time, in addition to Bogosian you might look at Marco Scandella or Colin Miller’s name [is] also out there.

Duthie: It’s been a crazy few weeks of NHL coach firings - is Bob Boughner auditioning for the rest of the season in San Jose? 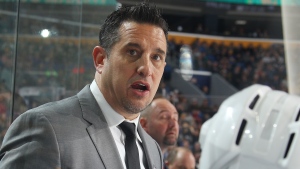 Pierre LeBrun: Yeah, he’s going to be the coach for the rest of the season, obviously that’s not official but that’s my understanding of the situation. Interim, and then they’ll look at it again after the season. They want to give Bob Boughner a chance to make his imprint in San Jose, to change the structure and salvage the season, but also they want him to come in and work with the youth of that team as well. So, there’s a lot at stake and a big challenge for him as well but they want to give him a fair shot.

Duthie: We now have these big-name coaches on the sidelines, what happens to guys like Pete DeBoer and Mike Babcock, do they lay low for a while? 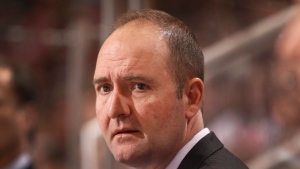 Duthie: Gary Bettman unveiled the four-point plan on Monday on how to prevent abusive conduct in the NHL, and part of that is opening the lines of communication between teams, the players and the league. Have there been any early returns on that?

Dreger: There definitely has been, and look there’s a lot of work that needs to be done on this four-point program before it’s fully implemented and that will get done. But, Bettman was very strong on Monday night saying ‘no more surprises.’ He wants NHL clubs to report immediately if there is an inappropriate incident and, so far, since that message was delivered on Monday night, the NHL has received some interesting situational reports. Nothing bad, nothing that they’re overly concerned with, but clearly clubs got the message and there’s far more disclosure.

Duthie: There are healthy scratches every night in the NHL but it often isn’t guys in the second year of a big contract, what’s going on in Florida with Mike Matheson? 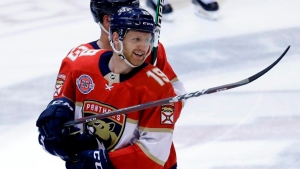 LeBrun:  I think it disappointed him, here’s a player making just under $5 million a year, only in the second year of his deal but Joel Quenneville wanted to light a fire under Matheson, that’s what’s going on here and why he was scratched for Thursday night’s game. It’s not about Florida trying to move him, the Panthers just want to try and get him going.