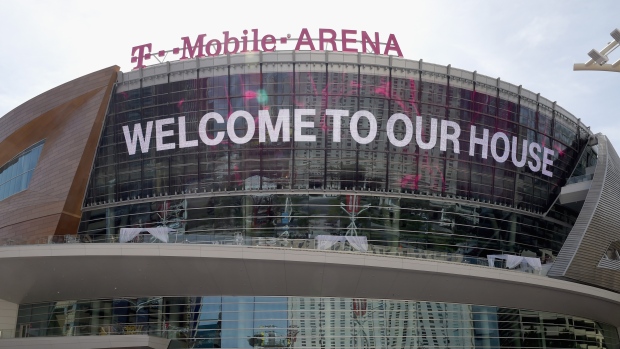 TSN Hockey Insiders Bob McKenzie and Pierre LeBrun joined host James Duthie to discuss what might have been behind Jason Botterill's firing and the latest on potential hub cities as part of the NHL’s Return to Play plan.

What happened in Buffalo?

Just three weeks after Sabres president Kim Pegula said Jason Botterill’s job as general manager was safe, he’s been shown the door. What changed in such a short time span?

LeBrun: Well one thing that Kim Pegula confirmed herself was at the time when she said that to the Associated Press there was still a chance that the draft would be held in June, which might have changed things when it came to Jason Botterill and the season but when the draft was pushed back it gave the Sabres lots of time to sit back and look at everything in front of them. And some of the conversations between Jason Botterill and the Pegulas did not go that well and it depends who you talk to for the following. Certainly some people I’ve talked to around the league say that the Pegulas really wanted Jason Botterill to introduce some cost-cutting measures throughout the organization and that there was pushback from Botterill. I’m sure if you talked to people close to the Pegulas they’ll say it’s more about being more effective with the front office. Either way, philosophical differences indeed. And so where do you go from here? It just so happens that Tim Murray, the guy that Jason Botterill replaced as general manager three years ago, his deal is expiring finally with the Sabres two weeks from now. And the reason I bring that up with Botterill having two more years on his contract, if there’s one criticism I heard a lot today from other organizations around the National Hockey League, it’s the trigger finger in Buffalo. It’s the fact that they go through GMs too quickly. A GM needs at least five years to put his or her imprint on an organization and it’s just not what people have had the chance to do in Buffalo under the Pegulas.

McKenzie: And the new general manager is Kevyn Adams and he has no actual managerial NHL experience. He has been around the game forever, obviously, an ex-player. Considered a very bright hockey mind, extremely well liked and very strong familiarity with the Pegula hockey empire. In terms of the business side of things that he’s been mostly associated with on that front, there’s no question in my mind that Kevyn Adams is prepared to do what Botterill wasn’t prepared to do and that is enact whatever philosophy it is that Kim and Terry Pegula envision for the hockey operations department and he’ll be doing it with head coach Ralph Kruger, who I think it’s fair to say will have a very strong voice in the direction the Sabres take both from a coaching perspective and a managerial perspective as well. I would think the departure of Botterill doesn’t in any way threaten the coach as much as it enhances and solidifies his position as a strong voice in the hockey operation.

How close are we to a hub city decision?

There seem to be a few front-runners, but the league has been pretty tight-lipped about what two hub cities the league aims to return to play in. Have there been any developments?

McKenzie: Well that’s a good question. And I think we all went into this week thinking could this be the week we find out who the hub cities are? There’s an outside chance that could happen by the end of the week but it’s much more likely to carry over until next week to find out who the official hub cities will be. The other in cautioning against front-runners and everyone has talked about Las Vegas and rightfully so, it seems like a front-runner. Anecdotally, people were talking about Toronto as a front-runner from the three Canadian cities. But the reality is that all three Canadian cities – Toronto, Vancouver, Edmonton – [are] all very much in the mix and all of the hub potentials are all still very much in the mix. The news today that Prime Minister Trudeau said it’s up to the provincial and municipal health authorities to determine if the quarantine is going to be waived is great news for one of the three Canadian cities and does open the door for one of the three Canadian cities to be a hub.

LeBrun: And to your point, Bob, and I certainly think it’s next week when we finally get some clarity on this issue. Monday on the Board of Governors call, Gary Bettman, I’m told, listed all 10 markets again as still being in the mix so they’re going to push this as long as they can before picking those two cities. One American city that has pushed through of late is Chicago, by the way. Yes, Vegas is a lock, but if for whatever reason a Toronto or Vancouver or Edmonton can’t work out, a lot of people like Chicago. I’ll tell you who also likes Chicago, players like being in Chicago. And that’s a consideration when the two sides try to figure out the two hubs. But certainly good news on the Canadian front today.​