TSN Hockey Insiders Chris Johnston, Pierre LeBrun and Darren Dreger join host James Duthie to discuss if a potential pause in the NHL season is likely, how the last few days have affected the chances of NHL players going to the Olympics and the status of the World Juniors 12 days out.

Where are we at with the NHL season and COVID-19?

In some ways, these last few days have felt like the beginning of the pandemic with a rapid rise in cases and not much idea of what’s going to happen next. Is the NHL considering hitting pause on its season? 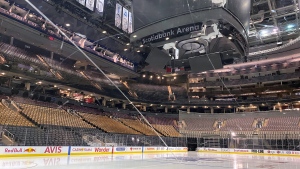 LeBrun: There’s a lot going on. Number one, I asked the NHL, is there any way if these COVID cases continue to escalate around the NHL that we’re staring at a potential pause on the season? And the response I got from a league source was no. I do not anticipate or envision a league shutdown. I got the exact same answer, we all did today, from an NHLPA source as well. They don’t anticipate a shutdown either. But, that’s not to say there’s not a lot at play right here. Number one, the doctors who have been advising both the NHL and the NHLPA are having a call tonight to discuss the latest happenings, which are happening very quickly, and presumably to suggest next steps. What could that be? Well, enhanced protocols I think would be on the table which is more mask wearing around the league and the facilities. How about daily testing? Since the start of the season players had been tested every three days. Could it go to daily testing with advanced measures? So, look for all of those things to potentially come to fruition here over the next few days.

Dreger: Yeah, look. How COVID has travelled from team to team also matters in the conversations that the National Hockey League are having with their medical people. Likewise for the Players’ Association. We know the Calgary Flames are shut down and we’re looking at the Carolina Hurricanes now and all you have to do is link the Carolina Hurricanes to their recent trip through Western Canada. They stopped in Calgary, they stopped in Edmonton, they stopped in Vancouver, and now, as we get fully into the week, you can see that players from all of those teams have entered into the COVID-19 protocols of the NHL. But, even though this sounds and feels really bad, until you have multiple teams that are facing a shutdown, neither the Players’ Association, nor the National Hockey League believe that the season will be derailed. So let’s hope that doesn’t happen.

What about NHL players going to the Olympics?

With everything going on this week, is it fair to say it’s becoming less and less likely that NHL players will be making the trip to Beijing next year? 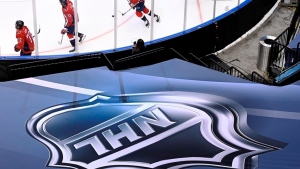 Johnston: It’s fair on one hand because certainly it hasn’t been great news, including some information from the International Olympic Committee over the weekend about potential quarantines that could last up to five weeks for anyone that does produce positive confirmed COVID-19 tests during the Olympics. But the NHLPA did have two calls already this week and there’s another scheduled for Wednesday night with players and I was told that the sentiment actually on that call that there was no one sort of banging the table saying we can’t go or I’m not going to go. And that was in the face of some tough news because they went through that exact COVID protocol and quarantine schedule that I laid out there. And talked about some of the other unknowns. I think there’s real concern. Essentially, the players were told once you get on that plane to China, there’s not a whole lot we can do for you. We’re going to still try to hammer down on what exactly these quarantines mean, what the medical situation will look like, but once you’re over there, you’re in the hands of the Chinese government and the doctors making those types of decisions. And despite that, the players didn’t get to a point where we have other players like Robin Lehner who are ready to opt out. And so, ultimately, I don’t think this will come down to a player vote, it’s going to be individual decisions. But, the top players, the guys that are in consideration for Olympic teams at this point in time, just want more information. I don’t think any of them are ready to pull the plug just yet.

LeBrun: And just to show you how quickly this story is changing in a matter of days, just last Friday when the three of us were at the Board of Governors meeting, Gary Bettman basically said it’s really up to the players whether or not there’s going to be Olympic participation because the league is willing to honour its promise to the players and the CBA of going to Beijing, with one little caveat. Which now has taken on a lot more importance, which is if the NHL season is threatened. Bill Daly’s exact words last week were if there’s a material disruption to the NHL season, then that agreement with the Players’ Association suggests the league can ask for a pullout.

What about the World Juniors?

We have 12 days until things kick off in Alberta on Boxing Day. What’s the latest there? 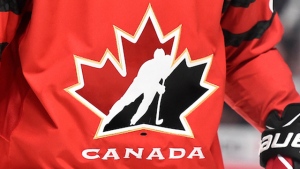 Dreger: Yeah, I mean, internationally, all eyes are on Alberta. Charters will arrive with all the federations coming into Edmonton. Look, the belief is, given the experience of Edmonton holding major events and the fact that they have effectively been COVID free in terms of outbreaks, that they’re in a good position. But they’ve got to get through the first three to five days, even a week. And if they can, then that will help build confidence to the Olympic tournament in China. Just proving internationally that it can be done.