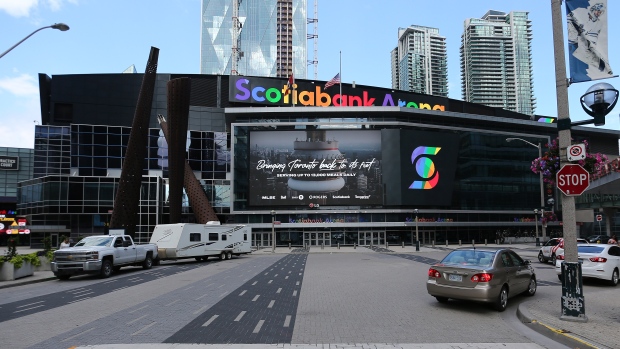 TSN Hockey Insider Darren Dreger joins Glenn Schiiler to discuss what we will learn about the NHL bubble and hub city life during the league's announcement on Thursday, as well as how important the next week is for testing and the latest on Taylor Hall's contract status.

On Thursday the league will hold a virtual media conference to unveil more details about “hub city” living. What do you think we’re going to learn on Thursday?


Darren Dreger: I can tell you this, it is a frantic week in Toronto and in Edmonton. They’re trying to jam six months of planning, preparation and work into a three-week window in prepping both Toronto and Edmonton for these hub cities. As for what the bubble life will look like, we’ll get full details on Thursday afternoon in that media availability of the hotel structure, what the player rooms will look like, some of the amenities like the restaurants, the fitness areas, the lounge that should be accessible to the players in both Toronto and in Edmonton. What are the access points to get in and get out of the hub city environment? Testing, what’s that going to be like? What will the in-area production be like? The sights, the sounds, what are we going to see and hear from a broadcast perspective. All of that should be covered off in the media availability, virtually on Thursday.

Testing in Phase 3 so far has been a success, but are the next few days ahead making some people anxious around the league and throughout the union?

Dreger: I would say that’s a fair assessment, but it’s been that way pretty much all the way through Phase 3 and perhaps everyone is encouraged by the most recent numbers which are incredibly impressive, but as Ryan Rishaug reported earlier this week, everyone going into the hub cities has to have three negative tests within a 48-hour window. So if there are some positive tests, we should know that, or at least the league and PA will know that within the next couple of days and that would mean that those individuals wouldn’t be jumping on that plane to Toronto or Edmonton.

There has been some speculation about on-going discussions between the Arizona Coyotes and Taylor Hall in terms of a contract extension. Has there been any progress to those talks?

Dreger: No I wouldn’t say there is progress. It all stems from a meeting, a dinner if you will, last week involving Xavier Gutierrez, who is the new president and CEO of the Arizona Coyotes, I believe ownership was involved. They met with Taylor Hall, but it was more of a friendly meeting, a get to know sort of dinner. No agent, so Darren Ferris wasn’t there, no general manager, John Chayka wasn’t there. I know that Taylor Hall is willing to be patient and if he goes to unrestricted free agency then he’ll do that, he’s earned the right to do that. As I say, they’re going to play this thing out.

Hall is in the final year of a seven-year contract that has paid him $6 million per season and no matter where he ends up, he’s due for a big raise.