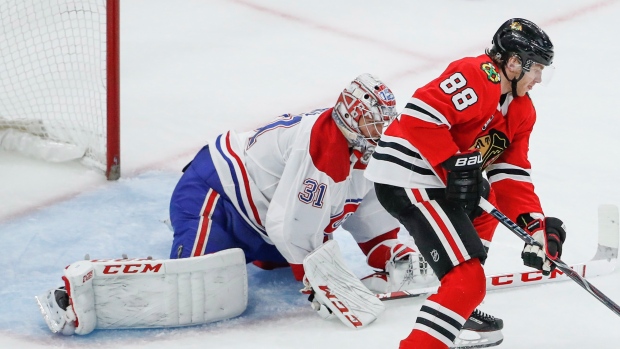 TSN Hockey Insiders Darren Dreger, Pierre LeBrun and Bob McKenzie joined host James Duthie via videoconference to discuss the play-in format, the border closures and why they shouldn't impact any return to play scenarios and why there is still lots of uncertainty when it comes to the draft.

It seems this 24-team tournament, widdled down to a 16-team playoff, is the favourite format right now. But Dregs, how concerned is the NHL right now about fairness? That one of these teams at the bottom that just gets in may be able to pull off an upset in a short series?

Dreger: Well it’s an important issue, no doubt about that. The NHL knows this. So does the NHL Players’ Association. Perhaps (it’s) more contentious if you’re an NHL general manager and you’re a general manager on a better club. You wouldn’t want equal footing across the 24-team format. So part of what has been a daunting task with the return-to-play committee, the PA and the NHL is trying to determine appropriate value from where a club was sitting in regular season play and then transferring that into the field of 24. If you look at what some of the NHL matchups might look like, Montreal, a non-playoff team by regular season standards, faces the Pittsburgh Penguins, a pretty good team in the Eastern Conference. Should they be at an equal position starting at the play-in of the 24-team format? Or Edmonton, or Chicago for that matter. I’ll tell ya there’s been a ton of discussion on this. As I said, an important issue. And before they sign off on a return-to-play scenario, this is going to have to be resolved.

LeBrun: Well, in the meantime news from the Canadian government that the border will remain closed for non-essential travel right to June 21. Of course, immediately in our world, you think about how that impacts pro sports. And in particular, the National Hockey League in its efforts to reopen at some point. What we’re told, without any real specifics, is that neither the NHL or the NHLPA feels that that will impact what they are working on right now in terms of return-to-play protocol. There’s a couple of reasons for that.

Bob, you reported last week that this idea that the early-June draft before play resumes is not dead, but close to dead. As we move on here, why haven’t they just announced that it’s not happening?

McKenzie: Well, if you came looking for clarity in terms of when the draft is going to be, you came to the wrong place. I talked to a number of NHL general managers this morning. And they said, no clue. They’ve not heard anything about the draft. We don’t know anything about the draft. Your guess is as good as ours. And right now there’s still a very strong sense that it’s less likely prior to the resumption of [the] 2019-20 season. But it’s not completely kyboshed just yet. And it seems to me that the entire focus for the NHL and the NHLPA is on these return-to-play protocols, figuring out what the format for return to play would look like, and then figuring out whether to slot the draft before or after. The decision doesn’t need to be made now. It won’t be made anytime soon.

Pierre, the players’ final paycheque issued over a month ago, but they still haven’t decided what they want to do with it?

LeBrun: That’s right. You remember it was due on April 15 and they decided at the time to defer and continue to debate right into May 15 what to do with that final paycheque. Well, they voted over the weekend to further defer again to the end of May. And we’re talking about $120 million at play here, overall for all the paycheques. And there is no good answer. Either the players don’t collect this paycheque and decide to start paying on some of the escrow payments that they’re going to owe bigtime over the next year or two. But there’s also a faction that says ‘hey, take the cash now and figure out the rest later. You can see both sides of this argument. But certainly, I think part of this is waiting to see is there clarity on return to play. Is there some hints on what a new CBA will look like before the players made a decision on the last paycheque.