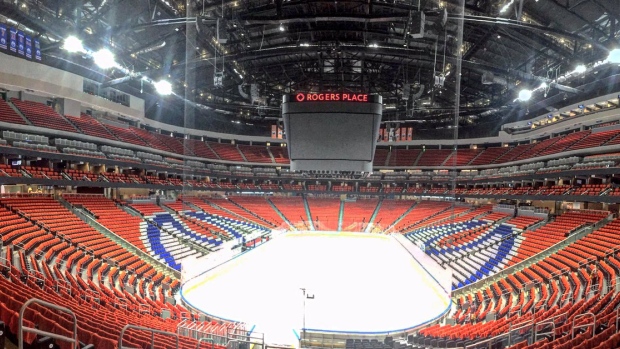 TSN Hockey Insider Bob McKenzie joins host Gino Reda to discuss what the NHL’s Return to Play schedule might look like on a day-to-day basis and whether or not the league has the ability to prevent those deemed high risk from playing.

What could the NHL’s day-to-day look like if play resumes?

There’s still a lot of time between now and Aug. 1 – the day the league is targeting for the beginning of the play-in round – but if the NHL is able to resume its season, what would the schedule look like?

McKenzie: The plan is to play three games a day both in Edmonton and Toronto and the timetable template in local times is to schedule those games at noon, 4:00 p.m. and 8:00 p.m. Now, keep in mind the two-hour time difference between Edmonton and Toronto. It means basically there’s going to be six games a day spread out over a 15-hour window, if not longer. And I know you’re going to ask me well what happens if there’s multiple multi-overtime games because it’s the Stanley Cup Playoffs and it’s unlimited overtime. My answer to that would be that’s hockey. That’s the way it goes. Now, I can also tell you though, in the preliminary round, when you’ve got four placement teams in the East and the West – the top four teams in each conference – playing seeding games, there isn’t unlimited overtime. So, what they will do there, they’ll just use regular season overtime and shootout. They would put those games in the 4:00 spot to try and make up time if the first game of the day goes really long, or to give yourself a finite finish time so that it can get to the evening game. But that’s basically the way it’s going to work. And it could be like U.S. Open tennis once we get into the playoffs. It’s not unheard of to start primetime matches at midnight.

Does the league have a say in who can return?

We know NHL players can opt out of the league’s Return to Play if they choose without consequence. But can the league also weigh in?

McKenzie: The National Hockey League has the ability to deem players unfit to play if they think they’re higher risk and that they could get extremely ill if they were to contract the coronavirus. The clause reads as follows: "Players who are determined to be at substantial risk of developing a serious illness as a result of exposure to the novel coronavirus shall be deemed to be unfit to play and shall not be permitted to participate either in Phase 3 or 4." Now, team doctors and infectious disease experts the National Hockey League has hired would have to make a call on those players. But let’s use Max Domi of the Montreal Canadiens and Kaapo Kakko of the New York Rangers as an example. Both of those players are Type 1 diabetics. Both of those players have celiac disease. Now, I’m not suggesting that an NHL team doctor or an infectious disease expert doctor is going to say these guys are unfit to play. But they do have to go through that process. Now, I can tell you Max Domi and Kaapo Kakko, to the best of my knowledge, want to play in the Return to Play and they intend to play. But there is that extra step because of their underlying conditions where doctors will have to sign off that they are fit to play, or they’re unfit to play and all of that process will take place at the beginning of next week when training camp starts and players go through their pre-Phase 3 medicals.