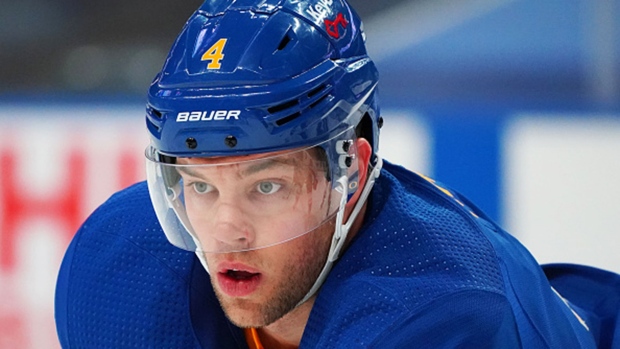 TSN Hockey Insiders Darren Dreger, Pierre LeBrun and TSN Senior Hockey Reporter Frank Seravalli join host Glenn Schiiler to discuss if the Florida Panthers are becoming one of the bigger buyers, where things stand on Taylor Hall and an update on Alex Iafallo of the Los Angeles Kings.

Are the Panthers in big-time buy mode?

At 26-10-4, it looks like the Florida Panthers are for real. Are they going to be among the busiest in the days leading up to the deadline? 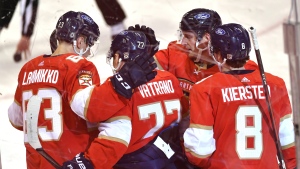 LeBrun: I wouldn’t say they’re all in because I think first-year general manager Bill Zito still has the eye on the future with this team, but, yes, because this team has played so well I think he wants to go out and make a move or two before Monday’s deadline to reward his group for how well they’ve played. Now, before making a move, he had to free up some cap space, free up some money and that’s what he did with the deal with Chicago, with the Blackhawks taking the Brett Connolly contract. Now he can set his sights both potentially on a top-four defenceman – we know they lost Aaron Ekblad – and potentially a top-six forward. He did actually, I’m told, kick the tires and call on Kyle Palmieri like a lot of teams did before the New York Islanders got him, so, who knows? Perhaps a reunion with David Savard who’s on the trade market from Columbus? But either way, the Panthers plan to be a bit of an action team here with measure before Monday.

The Blackhawks already took on Brett Connolly’s contract on Thursday. Are they going to continue using their cap space? 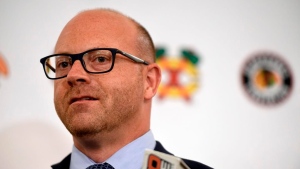 LeBrun: Yeah, I don’t know if it’s the most exciting thing in the world, but it’s a pretty smart thing. And Stan Bowman, the general manager in Chicago, leveraging that cap space with Florida for a couple of 23-year-old prospects in Riley Stillman and Henrik Borgstrom and more to come. Bowman has let teams know that he’s not done, that he will leverage more cap space if teams at the cap need some help. And notably, I’m told Chicago is among the teams that has spoken to Toronto over the past few weeks about just that. We know the Leafs would need a third-party broker to go out and get a forward. San Jose and Detroit are also teams that would leverage their cap space in similar deals, so, there might be a theme here between now and Monday that way when it comes to the cap.

What’s the latest on Hall?

With Kyle Palmieri out of the way, the focus turns to Taylor Hall. Hall remains in the top five on TSN’s Trade Bait list. 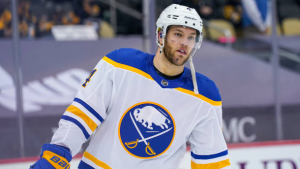 Dreger: Yeah, well that’s where he belongs. Ongoing conversation and discussions between Kevyn Adams, the general manager of the Buffalo Sabres and multiple teams I’m told are now in. We shouldn’t be surprised by this, it seemed like there were fewer teams involved prior to the trade with Kyle Palmieri and Travis Zajac going to the New York Islanders from the New Jersey Devils. That seems to have loosened things up a little bit but to a point, managers are talking to Taylor Hall’s agent, Darren Ferris, and they’re wondering what an extension to a contract might look like. Now, the Islanders were in pretty heavy on Taylor Hall and there are some out there who believe that maybe Lou Lamoriello isn’t done and he circles back on Taylor Hall and the Buffalo Sabres, so it’s a developing story.

What about the Leafs?

Could the Leafs be in on the 2018 Hart Memorial Trophy winner? 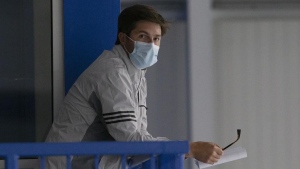 Seravalli: Well, Dregs, I think as we all try and sort out exactly what that market for Taylor Hall does look like, a lot of people are wondering could the Toronto Maple Leafs be in the mix for Taylor Hall? I’m told the answer to that is no. Now, could that change? Yes, of course the Maple Leafs are going to monitor what the price on Hall continues to be until the deadline hits. If he’s not traded before then, they’ve been interested in Mikael Granlund, they’ve been interested in Kyle Palmieri. It seems like those two guys may not work out and all things could add up to a pretty quiet trade deadline for the Leafs. But one thing that they continue to explore are opportunities on the goaltending market and what that may look like leading up to Monday at 3 p.m. as they potentially look for some insurance for Frederik Andersen and Jack Campbell.

While the 27-year-old pending unrestricted free agent isn’t on the TSN Trade Bait board, could Los Angeles look to move him if the two sides don’t reach an extension? 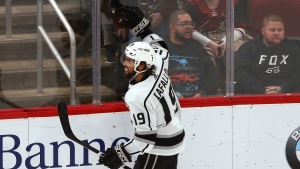 Seravalli: We’ve avoided to this point adding Alex Iafallo to our TSN Trade Bait board because they seem so intent on getting a contract extension done. To this point, that has not materialized and we’re told that Kings general manager Rob Blake for the first time began taking calls on Alex Iafallo judging his availability on the market and it seems like one of those things that’s going to down to the wire. These two sides are going to continue to try and hammer away at an extension. If that doesn’t get done, it certainly seems like Iafallo could be one of those guys on the move before Monday. A guy with 20-plus goals, 50-plus points and one of our TSN breakout stars before the year started.​