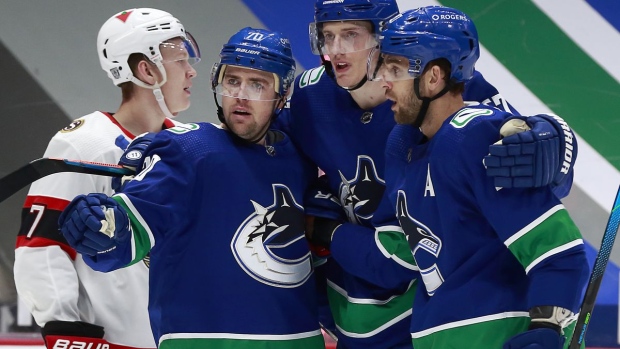 What are the NHL's contingency plans for the Canadian team that makes it to the Conference Final and can't have a visiting team cross the border? What does the future hold for Tanner Pearson in Vancouver? What area are the Flames looking to improve? TSN Hockey Insiders Darren Dreger, Pierre LeBrun and Frank Seravalli discuss this and more.

James Duthie: Let's all hope that by June, whatever Canadian team that makes it out of the North Division will be able to play in the semi-finals in their own rink. But we may not be there, so what are the contingency plans, Pierre? 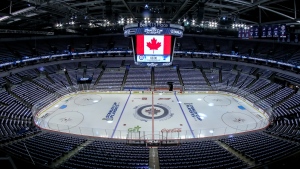 Pierre LeBrun: The league has to look at different scenarios in case they can't convince the Canadian federal government of relaxing the border restrictions and the 14-day quarantine, etc. So they are looking at different options.

One of them is for the Canadian winner to play in a U.S.-adopted NHL city. For example, let's take the first-place Leafs. Would it make sense for them to play in Buffalo? The closest in proximity. That's an idea that I know has been floated around.

What if the Winnipeg Jets come out of the Canadian Division? It would probably make sense for Winnipeg to play out of Minnesota. In fact, once the four Canadian teams clinch a playoff birth, my sense is that the league will look at those four Canadian teams and link up a U.S. adoptive city for all four, obviously, for the one team that advances to the semis.

As you said, the focus and the priority is hopefully for the border restrictions to loosen up so the Canadian team can stay home for the duration of the playoffs.

Duthie: Right now the Canucks are thinking about other things, like the trade deadline. What in particular are they going to do to handle the Tanner Pearson situation? 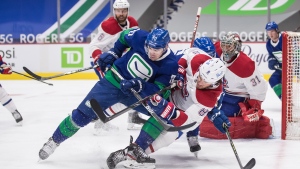 Darren Dreger: Well, Jim Benning has to be looking at all his pending unrestricted free agents. The most notable would be Tanner Pearson. There is going to be negotiation and discussions with the Pearson camp but they really haven't started yet. Benning wants to get that process well underway before the April 12 trade deadline. The simple reason is that he needs to understand whether there's a contractual fit between Tanner Pearson and the Vancouver Canucks.

If not, then he's got to get something for Pearson. You can't allow him to walk at the end of the year. That's the business at hand and, post-trade deadline, that's when Benning will start looking at his top restricted free agents, namely Elias Pettersson and Quinn Hughes.

Frank Seravalli: From one Canadian team that's struggled, in Vancouver, to another in the Calgary Flames. A lot of people are wondering what Brad Treliving is up to. Well, he's on the hunt for a right-winger. Not just a guy who plays on the right side but a right-shooting winger. 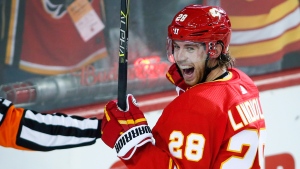 There's been a conundrum there. They love the contribution from Elias Lindholm on that top line but they feel that they're a better-balanced team with Lindholm centring that second line. That of course opens up a hole on the right side that they'd love to fill. They've tried some different guys there at varying points this year, including Dominik Simon, Andrew Mangiapane, and others but they haven't found that fit and that's what he's looking for at the moment to try and mix things up.

Duthie: One of the standards most of the time with Stanley Cup contenders is to have a veteran goalie or two for the run. Which makes Washington an interesting situation, Frank. How do they handle it with two young guys? 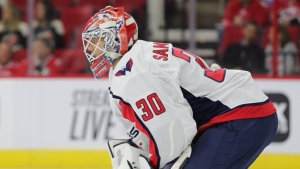 Seravalli: Well, it's certainly going to be a situation that general manager Brian MacLellan monitors here over the next number of weeks before the deadline. If he's going to go out and do something before the deadline it might be just that, if he feels that either Vitek Vanecek or Ilya Samsonov, who's been recovering from COVID, does not return to form.

These are essentially two rookie netminders with a roster in front of them that is well-positioned to chase the Stanley Cup again. If he needs to do that certainly could be on his radar moving forward rather than tinker with a depth forward or depth defenceman.

Duthie: We're almost at that time of the year where you get some interesting free agents emerge from college hockey. Guys who haven't been drafted, late bloomers. One from Notre Dame is garnishing attention, Dregs.

Dreger: Right, 21-year-old forward Alex Steeves. He's putting up some real solid numbers this season. 14 goals, 14 assists for 28 points in 26 games played. A lot of NHL clubs with interest in Alex Steeves. But he's focused right now on Notre Dame and winning there and he has one more year of college hockey in front of him. The National Hockey League is paying attention to this young man. ​