TSN Hockey Insiders Bob McKenzie, Pierre LeBrun and Darren Dreger joined host James Duthie to discuss the severity of Mikko Rantanen's injury, what does the future hold for Vancouver defenceman Troy Stecher, and how the Senators are looking to improve after a slow start.

It was one of those moments if you were watching the game on TV or saw the clip on social media you cringed right away. Mikko Rantanen, who’s just been a force for Colorado, 12 points already, 87 last year, goes down really awkwardly. How bad is it? 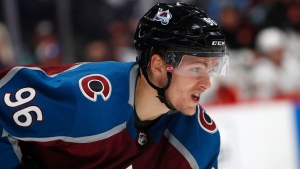 McKenzie: Colorado Avalanche fans are holding their breath because nobody knows for sure. And you’re absolutely right, James. You look at the video and you see the foot and the ankle twist and it’s not supposed to go that way. That’s not a natural look. Ooh boy. Ugly. In any case, the sense seems to be that it is more likely going to be week-to-week as opposed to day-to-day. But as I said, the Avalanche are probably not going to make any official update until Wednesday. Rantanen did get an MRI earlier on Tuesday. The Avalanche expect to hear something a little more formal late Tuesday or early morning on Wednesday. And at that point, they’ll make their announcement. There are some close to the Avs that suggest that it’s not necessarily going to be long term. I guess that depends on what your definition of long term really is.

Avs off to a great start. The Canucks are off to a solid start at 5-3. A little bit deeper of a team this year. When you get deeper, some players fall down the depth chart. Troy Stecher out of the top-4. Is his camp getting a little restless? 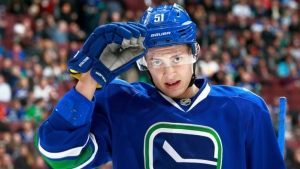 LeBrun: Well, I think it’s a situation worth montoring again. Because as you say James, Stecher has been a top-four defenceman the last couple of years. But then you bring in (Tyler) Myers and you have a healthy (Chris) Tanev and suddenly Stecher is on the third D pairing. But I can tell you this, the Canucks are finally happy to have depth. I mean, this is why they built this team the way they did. They haven’t had depth in a long time, particularly on the defence. And it’s a team that’s been hit hard by injuries on the blue line the last couple of years. So right now that’s the plan is to keep a guy like Stecher for that reason. Because he’s a good player. They have depth, and they know it’s a long year. Now, it is a contract year for Troy Stecher, so at some point, I’m sure there are teams that are going to circle around the situation and reach out to the Canucks. But right now, the Canucks are happy to have him on their team.

We expected Ottawa to struggle this year, but perhaps not this much.  1-6-1 to start the season. They’re second-last in goals. Their power-play is dead last in the NHL. Their shooting percentage is tied for last in the NHL. I could go on and on. Are they shopping? Can they get something to help? 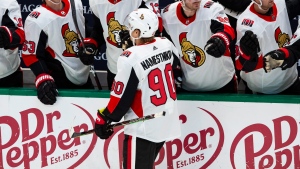 Dreger: Well they need help, there’s no question about that. So, as you identified, they only have one win in the first eight games of the regular season. They knew there were going to be some difficulties, that there were going to be growing pains. They need help, essentially, in all areas with the exception of maybe goaltending, where they have experience there. But, primarily, Pierre Dorian is looking for Vladdy Namestnikov 2.0. He got Namestnikov at a very affordable…even a bargain type of price. They’ve like to add a very competitive element up front like that. (They) very recently had to split up Brady Tkachuk and Colin White. They know they have to be incredibly patient with their youth. They’re going to do that, but they’d like to be a bit more competitive.

Ottawa is at the stage of acquiring talent and develop the young talent. Nashville is at the stage where they’re trying to keep the great talent that they have. Roman Josi would be one of those. He’s been terrific his entire career there. How are the contract talks going? 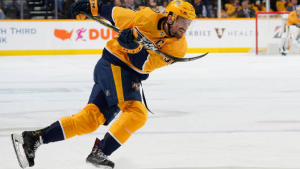 LeBrun: Well they kind of hit a snag, frankly, at the end of the summer and before (training camp). I mean, they’ve been talking the entire offseason. Both sides, I think if you were to ask them, thought he’d be signed by camp and it hasn’t happened. But there was a meeting last week in Los Angeles when the Predators were there between GM David Poile and the agent Judd Moldaver. This is such a paramount negotiation for this franchise. I mean, this guy cannot go to market if you’re David Poile. But the reality is, I think his camp would like to see this guy be the third-highest paid defenceman in the National Hockey League. He’d be behind Erik Karlsson and Drew Doughty. Now, clearly, the Predators aren’t there.