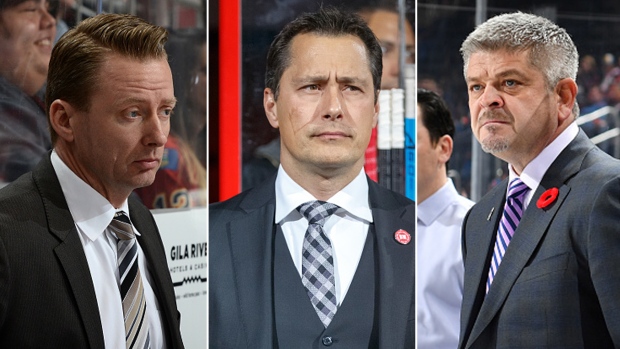 TSN Hockey Insiders Darren Dreger, Bob McKenzie and Pierre LeBrun joined host Tessa Bonhomme to discuss which coaches could be on the hot seat, how the Wild plan to cope with Ryan Suter’s injury and if the Buffalo Sabres are poised for a busy off-season.

Which coaches are on the hot seat?

This year could mark the first regular season since expansion in 1967 with no NHL coach getting fired, but when Black Monday rolls around, who might be in danger? 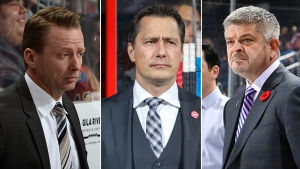 Bob McKenzie: Well, almost one-third of the league might have reason to be concerned. We’re not suggesting that every one of the coaches on this list are going to be fired the week after the National Hockey League’s regular season ends. But, starting with Barry Trotz, he’s in the final year of his contract. If the Washington Capitals go deep, well who knows he could be there for a good long time, but he’s also potentially a free agent. Let’s go through the rest of the list: Glen Gulutzan in Calgary, Bill Peters in Carolina, Joel Quenneville, that’s fascinating, if he goes that might start a ripple-effect, Jeff Blashill in Detroit, Todd McLellan in Edmonton, Doug Weight with the Islanders, Alain Vigneault in New York where there’s a re-build happening and Guy Boucher, who didn’t get a vote of confidence a week or two ago from general manager Pierre Dorion. While there have not been any changes during the regular season, it’s quite conceivable there could be multiple changes as early as next week.

How are the Wild coping with Suter’s injury?

The Minnesota Wild announced Monday that defenceman Ryan Suter will miss the remainder of the season with an ankle injury that will require surgery. How will they get by without him? 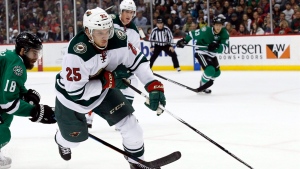 Pierre Lebrun: Well, you don’t replace him, that’s just the cold honest reality but you try to move on. Next man up? Jonas Brodin, is a guy that right off the hop stepped into Suter’s shoes in terms of the top-pairing and played some big minutes and that’ll be the plan moving forward is for Brodin to play the biggest role of his career for the Minnesota Wild. Now, there could be good news here in terms of Jared Spurgeon. He’s been gone since mid-March with a partially torn hamstring. He could be back in time for the playoffs, in fact that is the plan. So that’s big getting back a top-four, but at the end of the day, Suter, second in the entire league in minutes played behind only Drew Doughty, it’s a huge loss.

With the impending free agency of John Tavares, could how his situation plays out affect next summer’s market? 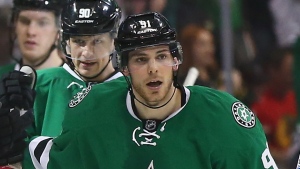 Darren Dreger: Yeah, I look at Tyler Seguin as an example with the Dallas Stars. Undoubtedly he’s going to pay close attention to how the John Tavares situation is managed by CAA Sports. Now, that’s not to say that Seguin is looking at a specific number – although there are many who believe he will get absolutely north of at least $10 million, which is the mark established by Jack Eichel of the Buffalo Sabres and then you’ve got Connor McDavid at the top of the field at $12.5 million with the Edmonton Oilers –  but it’s curious that Seguin has managed to stay under the radar when you look at all the attention that’s paid to Erik Karlsson in Ottawa and likewise Drew Doughty in Los Angeles, but that might not stay that way for much longer.

Sabres poised for a busy off-season?

Coming into play Tuesday, the Buffalo Sabres sit last in the NHL with 62 points. Are changes on the horizon? 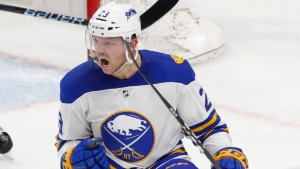 Pierre Lebrun: Another team to keep an eye on through this off-season I think is the Buffalo Sabres. General manager Jason Botterill has had one year to closely pay attention to what he’s had here as a first-time GM, and I think he’s ready to make some tangible changes with that team. Obviously, Jack Eichel isn’t going anywhere. He’s the guy that they’re building this team around. But, they are pretty deep up front in terms of some marquee players and would they listen on a guy like Ryan O’Reilly, would they listen on a guy like Sam Reinhart? I don’t think there’s a real motivation to move any of those guys but in terms of listening and in terms of understanding there might be a huge market and maybe an overpay out there, I do think Buffalo will listen.

Who goes No. 1 in the OHL Draft Saturday? 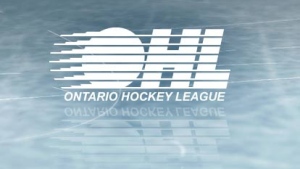 Bob McKenzie: Well, the Sudbury Wolves have the first pick and the expectation is that 6-foot-4 207-pound centre Quinton Byfield will be going No. 1. Now Byfield is an interesting guy as big and as skilled as he is. He’s from Newmarket, Ont., he’s represented by Orr Hockey and that sounds an awful lot like Connor McDavid. No one’s suggesting that Byfield is Connor McDavid, but the Wolves are certainly hoping that what he will do for their organization what McDavid did for the Erie Otters. The OHL Draft goes this Saturday, the WHL Draft goes May 3 and the QMJHL Draft goes June 2.