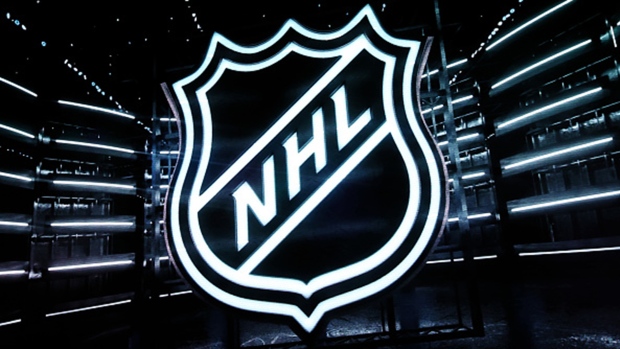 Will the Sabres give an extension to Taylor Hall, or move him out before the deadline? The Stars and Blue Jackets both sit outside of the playoff picture, so will they be buyers or sellers? What will be Edmonton's approach to pending UFAs Ryan Nugent-Hopkins, Adam Larsson and Tyson Barrie? TSN Hockey Insiders Darren Dreger, Pierre LeBrun and Frank Seravalli discuss this and more.

Darren Dreger: Taylor Hall has acknowledged that he is still open to his options; one of them, of course, is staying in Buffalo and signing an extension with the Sabres. The other is negotiating a trade. What we know is that Darren Ferris, who represents Hall, and Sabres GM Kevyn Adams are expected to have discussions almost on these options in the near future. Either way, Hall just wants some stability moving forward. So that either comes with the extension with the Sabres or by navigating a trade to a team that is interested in extending Hall in the future.

Frank Seravalli: It’s pretty clear in Jim Nill’s mind what the focus is and that is squarely on making the playoffs. They’ve got a lot of runway with the games they have in hand but it’s just about surviving until they can get Ben Bishop and Tyler Seguin back. They’re within the three-to-five week range from returning, and at that point, the Stars will have no intention of selling off players at all. If they have a couple of bad weeks and they fall out of the playoff race, then they could certainly take calls on guys like Jamie Oleksiak and Andrew Cogliano but in Nill’s mind, if the Stars are close enough, they could even be in the mix to add players if the price is right at the trade deadline.

Blue Jackets hoping not to be sellers

Pierre LeBrun: The Columbus Blue Jackets have a pretty similar script as the Stars. The Blue Jackets are right there with the Stars in the Central Division standings and are trying to reel in the Chicago Blackhawks. And that’s where the Blue Jackets’ focus is right now. They’re have been teams, I’m told, that have kicked the tires on Nick Foligno, who would be a real prime target as a pending UFA and is a physical player and the leader of the Blue Jackets. He’s just the kind of guy you would want to add to your top six come playoff time. But for now the message, I’m told, is the Blue Jackets want to make a run here. They want to try and get on a run over the course of the next couple of weeks. They have four games coming up with the Carolina Hurricanes, which could be pretty pivotal on this end. Foligno has a 10-team no trade list, so he’s part of this discussion but Columbus hopes it’s not a discussion about him staying on board and they make the playoffs. The New York Islanders and Toronto Maple Leafs are teams to watch in regards to Foligno.

Contract talks a focus for Oilers but not the priority

Dreger: The Edmonton Oilers are focused right now on staying in the playoff mix in the North Division but as early as next week it’s expected that Oilers GM Ken Holland will engage in preliminary discussions on pending unrestricted free agent defencemen Adam Larsson and Tyson Barrie. This, of course, is amid the ongoing negotiations between the team and Ryan Nugent-Hopkins. However, the priority is on the playoffs for the Oilers, so if the negotiations of one, two or all three of these players drifts into the off-season, then the Oilers are OK with that.

Devils an action team ahead of playoffs

LeBrun: The New Jersey Devils have eight pending UFAs, so it’s no surprise that I’m told that the Devils have heard from every playoff team or bubble team over the last couple of weeks. The Devils are the action team heading into the trade deadline. Kyle Palmieri, the pending UFA winger, is the big name and he would be a catch for any team trying to add some offence. The first priority for the Devils at some point here in the near future is to go to Palmieri’s camp and see if there is a fit to sign an extension. Obviously, we know what happens if there isn’t.

Seravalli: The NHL has been in discussion with the Canadian federal government, hoping to get the quarantine reduced from 14 days down to seven days but at this point the NHL doesn’t have an answer and they’re waiting on one. The federal government has been awful busy over the last number of months, so it’s not happening as quickly as the NHL would want and I can tell you that NHL GMs are not holding their breath.