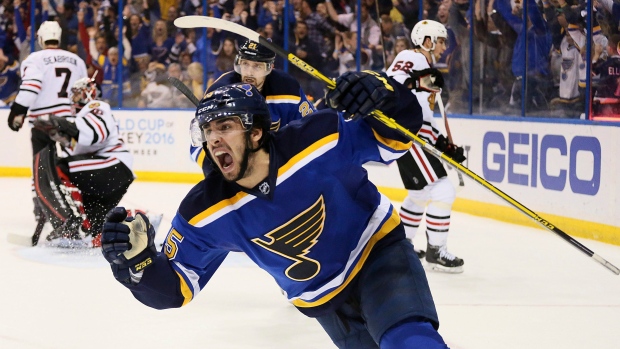 TSN Hockey Insiders Darren Dreger and Pierre LeBrun join host Glenn Schiiler to discuss if the offside rule should be reviewed by the NHL? Why was Robby Fabbri shipped out of St. Louis? After the early season success of Ilya Mikheyev, will more NHL GMs kick tires in the KHL?

Let’s start with video review taking centre stage once again back on Tuesday night. Surprise, surprise, controversy ensued. The play involving Charlie Coyle is eventually ruled as offside and [the] Bruins goal was called back. When they introduced the offside challenge, I think the intention was just to ensure guys weren’t egregiously offside resulting in a goal. In cases like these, balloon into a frame-by-frame examination of now possession, which is kind of a different argument. You polled GMs around the league, what are they thinking about this, and do you think further discussion is needed to maybe tweak the rules a bit more. 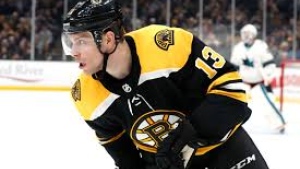 Dreger: Well, I know there is going to be further discussion and I expect that Don Sweeney and the Boston Bruins will submit this as video evidence for that discussion when the general managers meet Nov. 19 in Toronto. There’s a couple of definitions that they have to chew on. They’re not going to change these before the March general managers meetings. What does egregious mean? You used that word. What does it mean to the applied offside rule and what is the definition of possession when it comes to offside? We polled the GMs and 27 of them responded. Fourteen of them look at this goal and say that should have been called good goal. Nine said based on the technicality of the rule and the scrutiny of the review, it’s offside. One [said] undecided because this general manager doesn’t know what possession means. He can’t define what possession is. And three were blatantly honest and said that they haven’t seen it. The issue for some, when you look specifically at this play is, OK Charlie Coyle is offside by definition and by technicality. But the Montreal Canadiens were in really good position with numbers. They had enough in position to clog the middle and defend. So, really, that offside play had no bearing on the outcome. The NHL right now is pacing to lose upwards of 50-to-60 goals based on the offside review. So there is no question that larger meeting in March that number will present itself. Is it a good thing for hockey when you are losing that many goals?

A lot of eyes were raised on late Wednesday night when Robby Fabbri was traded by the St. Louis Blues. But in return for the 21st overall pick in 2014 (they acquired) Jacob de la Rose. On paper, it’s a lopsided trade, but there has to be a story behind this. Was there a favour involved? 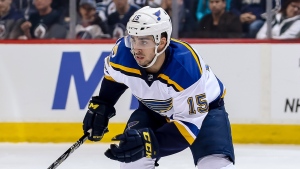 LeBrun: Listen, it feels like it. The story here is Doug Armstrong keeping his word to Robby Fabbri and his camp. Listen, Robby Fabbri this summer, is a conversation that started then when his agents from Newport talked to the Blues and said listen, If Robby Fabbri doesn’t have a role on this team, maybe a change of scenery is the way to go. At the time, I think Doug Armstrong said listen, let’s start the year and let’s see if he works his way back into the lineup. And if that’s not the case, I’ll make good by you guys. That’s exactly what Doug Armstrong did. He kept his word to Robby Fabbri. From Detroit’s perspective, this is such a zero risk proposition. A first-round pick and talent. He’s been plagued with injuries. But the Red Wings have zero gamble in this transaction. And I will tell you, I think as we head into November here, there are other players around the league, Dregs and I have talked about this off-air, that are also a little unhappy with their usage, with their role. You might see more trades like this between now and the holidays. Again, to sort of appease players that right now aren’t getting used like they thought they would.

Evander Kane back in the news and probably not for the reasons he would like. He allegedly owes the Cosmopolitan Casino in Vegas $500,000 in gambling debts. What is the NHL’s stance on this and how involved will they get? 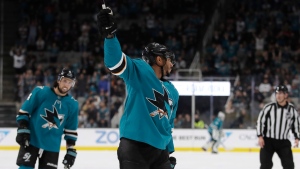 LeBrun: I don’t  think they’re going to get very involved. The NHL is monitoring it, we were told today. They’re keeping an eye on it. But they’re not going to launch an investigation into this. They consider this a personal issue for Evander Kane and it’s none of their business, really. What’s odd about it is we know that NHL players in the past have owed casinos money, but it’s not every day that the casino brings the player to court and makes this a legal matter. So it’s certainly a little different.

Ilya Mikheyev turning into a bit of a diamond in the rough. Do you think the Leafs finding him will prompt other teams to go kick tires in Russia? 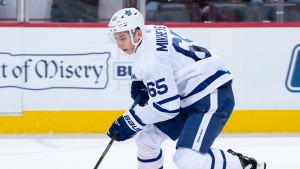 Dreger: It sure sounds like that. NHL teams are continuing to scout Russia. Keep in mind, the KHL season starts a little earlier there. There are five guys that seem to be grabbing attention. Nikita Nesterov, the captain of CSKA Moscow is among them. Alexander Barabanov, St. Petes. Konstantin Okulov of Moscow, Alexei Marchenko, and most will remember this name, Mikhail Grigorenko, formerly of the Buffalo Sabres, again high on the radar.