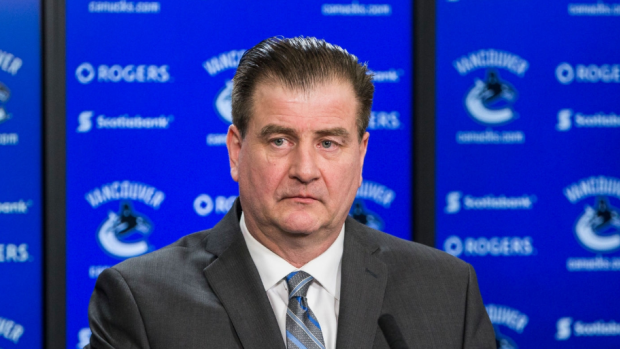 Will Auston Matthews' ailing wrist keep him out on Saturday? Will the Canucks make a trade before the April 12th deadline? What is the NHL planning for the North Division winner come round three of the playoffs? TSN Hockey Insiders Pierre LeBrun, Darren Dreger and Frank Seravalli discuss this and more.

James Duthie: Dregs, if Auston Matthews has been sniping the way he has with an ailing wrist, what would he have done healthy? What's the latest on the NHL's leading goal scorer's ailment? 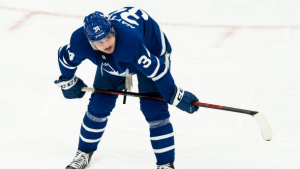 Darren Dreger: The good news is, it's not structural. It's more soreness. It's believed to be a minor issue, something that he's been dealing with and that he recently aggravated. You can see that the Toronto Maple Leafs made adjustments to allow Auston Matthews to avoid the one-timer in the series vs. the Calgary Flames. They made adjustments to their power-play structure. The team was off on Thursday, they didn't skate. I don't think we should sound alarm bells if Matthews isn't on the ice on Friday. The expectation is that he will continue to play through it and he will be able to play against the Oilers on Saturday.

Duthie: The Vancouver Canucks sit 14 points behind Matthews and his Toronto Maple Leafs. They're mired in second-to-last place in that North Division and, Pierre, with TradeCentre less than seven weeks away, is Jim Benning still working to switch up the roster? 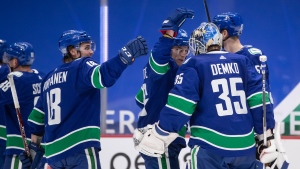 Pierre LeBrun: He certainly has been busy. There hasn't been a result yet but I can tell you from talking to teams around the league that there isn't a single team that hasn't heard from Jim Benning over the last couple of weeks. This is more about doing his due diligence and knowing what's out there ahead of April 12. There's still lots of time but right now so many teams in LTIR so [it’s] difficult to make an apple for apple trade, but if he can what he's looking for is a top-9 forward in that age 25 and younger group, that can fit with his young core.

Dreger: It seems like there's a lot more talk among the NHL general managers right now. Whether or not they can execute, I guess time will tell. Rob Blake of the Los Angeles Kings is another one looking for a defenceman in the category that Pierre just described, 25 and under. But he specifically wants a dynamic, left-shot defenceman. When you look at the Los Angeles Kings, they do have an abundance of forwards, particularly at centre ice. I'm reminded of the big trade that involved the Columbus Blue Jackets a few years back, and the Nashville Predators. Ryan Johansen for Seth Jones if something like that could be worked out by Rob Blake, then he'd do that in a heartbeat.

Duthie: The quarantine still perhaps affecting trades, particularly those involving the North Division. And while we're starting to see significant progress in the fight against COVID, we don't know where we will be in June, Frank, when one team comes out of the North and gets to the final four. What is the NHL planning under circumstances where we're not there yet? 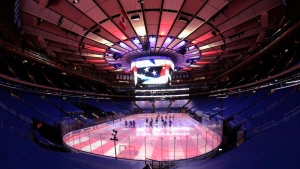 Frank Seravalli: I think everything's on the table but in a perfect world they'd like to have the U.S. and the Canadian team that faces off in Round 3 to be able to freely cross the border. If that can't happen, in this case, the Canadian team would likely have to come to the U.S. and remain in the U.S. to finish their playoff run, whether that ends in Round 3 or in the Stanley Cup Final. And to potentially mitigate against a home-ice advantage for that American team, there is also the possibility of some neutral site games. Nothing decided yet and not enough information to get to that point but there's a lot of possibilities on the table.

Duthie: Florida is looking like they might have final four potential, at least the way they've played so far and they have an interesting situation, Pierre, with a bargain basement goalie that's playing great and a very expensive goalie who isn't. What will they do with the Driedger, Bobrovsky situation? 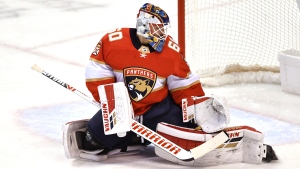 LeBrun: Chris Driedger, former Ottawa Senators third-round pick in 2012, has put up a .928 save percentage in 10 games this year. He had a .938 last year when he had a shot with Florida. He was in the ECHL two years ago. He has outplayed the $10 million man Sergei Bobrovsky so far. Here's the thing. With every bit of good news comes the cost of it. Which is what Seattle likely is watching. This guy is a UFA at the end of the year. Seattle has that little window before free agency where they can talk to other team's free agents. I wonder if they don't approach Florida at some point this year if this play continues. Meanwhile, Bobrovsky has been very supportive and the Panthers believe he'll find his game.

Duthie: Driedger has the fourth-best save percentage among goalies who have played at least 10 games this season. ​