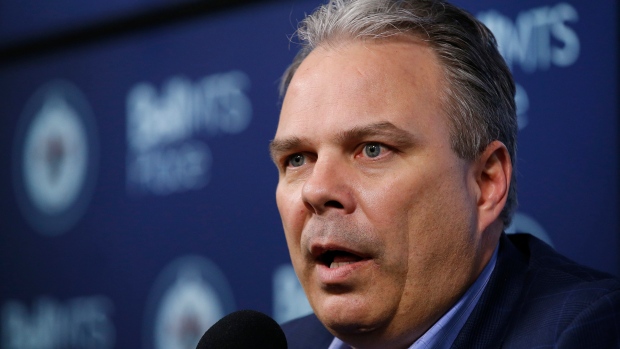 TSN Hockey Insiders Bob McKenzie, Darren Dreger and Pierre LeBrun join host Tessa Bonhomme to discuss what the Winnipeg Jets are looking for as the trade deadline approaches, the latest with Jean-Gabriel Pageau and the prospect of CBA talks picking back up.

With less than one month to go until TradeCentre, general manager Kevin Cheveldayoff and the Winnipeg Jets are expected to be busy. What sort of moves might they make? 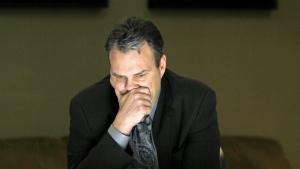 Dreger: Well challenges are nothing new to Kevin Cheveldayoff and the Winnipeg Jets. I mean if you look at this season and you go back to the off-season he’s faced nothing but challenges. But most definitely the Jets are in the market for a specific top-four defenceman. Now it could be a rental player. It could be a player with some term. They’re not ruling out anything at this point but it does get complicated when you look at some of the scenarios that hover around the organization. You still have the Dustin Byfuglien scenario, that has not been rectified yet. You’ve got the injury front which incudes Adam Lowry and Bryan Little both long-term. If Little comes back into the mix with the Jets then Cheveldayoff may have to use one of his current roster players to acquire that top four piece on the blueline. 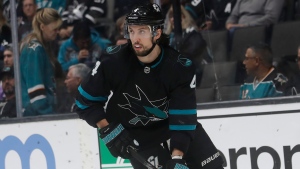 LeBrun: Yeah, and I don’t think he would be at the top of their list but certainly on the list of players that the Jets would have compiled already, I think Brenden Dillon would be on there somewhere. He’s a pending unrestricted free agent, he’s a defenceman that’s going to be dealt by the San Jose Sharks. He’s a No. 4 for some teams, a No. 5 for others. I can tell you half a dozen teams so far have shown interest – including, I’m told, the Boston Bruins. Obviously a rugged defensive-defenceman in Brenden Dillon would be a nice fit there in Boston. The Carolina Hurricanes, who just lost Dougie Hamilton, have also been among the teams that have shown interest. It will not be an issue moving Dillon, the question is what can San Jose get out of it. I think it’s probably going to be a second-round pick and maybe a prospect.

Policing the Battle of Alberta

With the Edmonton Oilers and Calgary Flames set to meet Wednesday night for the first time since the Zack Kassian-Matthew Tkachuk incident, what extra measures has the league taken to avoid things getting nasty? 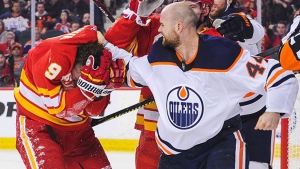 McKenzie: Well, director of officiating for the National Hockey League, Stephen Walkom, along with head of player safety George Parros will be at the game Wednesday between the Edmonton Oilers and the Calgary Flames and obviously keeping an eye on what Matthew Tkachuk and Zack Kassian and their teammates are up to. In terms of instruction, I mean I’m sure Parros is going to talk to the coaches and the managers again and say keep it between the lines. As far as Walkom goes, I think we can safely assume there are going to be veteran referees and linesmen. Guys with hundreds, if not a thousand-plus games of NHL experience, who will be getting this game. And the instruction to them will be simply call the game. Don’t overreact to something before it happens but be aware obviously that the temperature could be turned up significantly. And keep one thing in mind, it’s not just Wednesday night. These two teams meet again on Saturday night and it’s expected that Parros and Walkom will be at that game as well.

What’s the latest with Pageau?

With Jean-Gabriel Pageau’s contract set to expire at the end of the season, what are the Ottawa Senators planning to do with the forward? 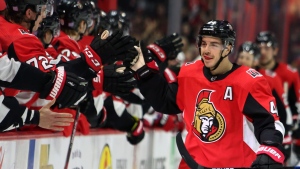 LeBrun: I still think – as we all do here on the panel – that they’re going to try and sign him first. There haven’t really been any talks, by the way, not yet but there’s still time. Now if they can’t sign him that’s where it gets interesting. This is a thin market for centres among rental players. He is at the top of the list for that position and because of that, I think the original asking price from Ottawa will be a first-round pick. Now, it doesn’t mean they’re going to get it. I’ve talked to some teams that say “Yeah, right” but maybe a conditional first-round pick like we saw in the last couple years where a second could become a first. Among the teams that I think have Pageau on their list, you’ve got Edmonton, you’ve got the Islanders, Philadelphia, maybe Calgary. You know what they have in common? They’re not sure of making the playoffs right now and that’s why I think they’ve got to be careful not to overpay for a guy like Pageau if they dive in. 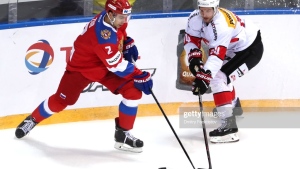 Dreger: Well general manager Pierre Dorion is scouting, he’s on a mission in Europe and he’s spent some time in Russia. I’m told the Ottawa Senators are one of three NHL clubs that are in the mix in the final decision making of Artyom Zub. Now Zub is a 24-year-old right shot defenceman playing in the KHL with St. Petersburg. He’s very similar to Nikita Zaitsev who is currently with the Ottawa Senators. Zub will not make his decision until the end of the KHL season so we should learn more on this including whether or not Ottawa gets him in the next two to three weeks.

What about a new CBA?

With the league in need of a new collective bargaining agreement, how close are the two sides to sitting down and talking again? 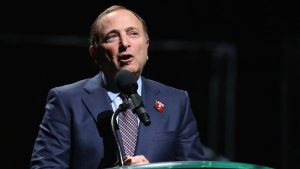 McKenzie: One thing to keep an eye on and it could be good news, I suppose, look for the NHL and the NHLPA to resume collective bargaining agreement contract talks on that extension, potentially a four-year extension. Those talks might get back on the table here over the course of the next week or two and certainly by next week. The two sides could get together. They spent a lot of time together at All-Star Weekend but not enough time to get any face-to-face negotiations. Those may start next week.