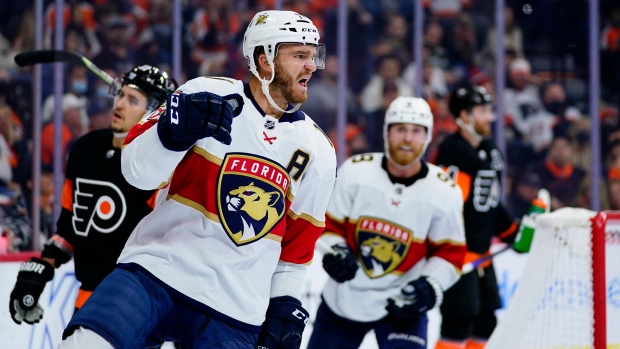 The same thing happened on Sunday and Monday.

The home teams rebounded on Tuesday and Wednesday, but then on Thursday it was the road teams that finished the night with more wins again.

One thing that stood out about the results was the respect that certain teams were getting based in part due to the perception of home ice advantage, which created the opportunity to bet on the visitors at better value.

This week, I am targeting a pair of road teams, along with one of the NHL’s premier home teams, which just happens to be smarting from a tough home stretch.

The Blues are quietly ascending. They have won 66 per cent of their games since January 1, and their analytics in the month of February were excellent. To start the season, they dominated on home ice and drowned on the road, but that has recently changed.

Of their last half-dozen road games, the Blues won four. They didn’t exactly eke out these victories, either, winning all four games by multi-goal margins. Against the New York Islanders on Saturday, I think the Blues match up quite well.

This might be an oversimplification, but the Islanders’ offence can be reduced to two plays: let Mathew Barzal create or go low-to-high and hope to generate an opportunity off a defenceman’s shot. The Islanders’ limitations on offence are compounded by the uncertainty of whether Barzal will play.

Barzal has missed the last three games and is listed as day-to-day. If he is out again on Saturday, the Islanders’ rush attack will be dependent on how much Brock Nelson can generate in transition. If the Blues can stifle Nelson’s line, comprised also of Anthony Beauvillier and Anders Lee, the Islanders will struggle to generate quality chances. Against Vancouver on Thursday night, the Nelson line manufactured 10 shots at 5-on-5. The other three lines produced a combined 13.

I think the Islanders’ roadmap for winning is narrow, but here is how it would need to happen. The Blues have a very rush-centric attack. During the Islanders’ road trip through California before Barzal got injured, they exhibited poor gap control and looked lost in their defensive coverage. With Barzal out of the lineup, the Islanders have tightened up, and if their 1-2-2 neutral zone coverage can force the Blues to chip and chase, that would deprive St. Louis of a key source of offence.

To pull the upset, the Islanders are going to need to capitalize on counterattacks against the Blues. The Blues’ transition can sometimes be slow developing because they like to see what lanes open up when a teammate drives through the centre lane. If the Islanders can force turnovers when the Blues are waiting for the seam pass to open up, New York can prey on this sometimes lackadaisical St. Louis transition defence.

On the cycle, the Blues like to have Vladimir Tarasenko loop around the offensive zone and will try to find him in the slot. The Islanders will be crowding the area between the circles, which could pose danger when the Blues try to feed their defencemen stepping in for a one-timer from inside the circles. If the Islanders anticipate the kick-out to the defenceman and get their stick in the passing lane, a chance could develop.

The Islanders have a dangerous forward line and a defenceman, Noah Dobson, who should worry St. Louis. That is quite modest, and the Blues provide a compelling contrast.

The Blues have eight forwards with double-digit goals, and the one player without that distinction, Robert Thomas, leads the team in assists. The Blues’ top-nine forwards should have no problem controlling play against an Islanders team that still gets more respect than it deserves.

Neither side has an edge in goaltending. While both teams’ goalies, St. Louis’s Ville Husso and New York’s Ilya Sorokin, have had stellar seasons, both are underwater in Goals Saved Above Expected (GSAx) since February 1.

Try telling the Florida Panthers this game doesn’t matter. Having lost three of their last four, the Panthers are in danger of losing their grip on first place in the Atlantic Division. Further slippage would result in loss of home ice in the first-round matchup as Toronto is nipping at their paws. (Sorry.)

Reminder, the Panthers covet home ice. Until very recently, they were nearly unbeatable in their own arena while being eminently beatable on the road. It’s the stretch run, and consistency is paramount.

Even when the Panthers are struggling, they somehow dominate. During Florida’s last four games, they outshot their opponents at 5-on-5 by a whopping 15 shots per 60 minutes. Their offence is not the problem; they are obtaining no shortage of chances. However, they have had the worst PDO during this stretch because their shooting percentage has plunged to 5.74 at 5-on-5 and their goaltending has been anemic. Thursday night’s shutout win was the outlier.

What was so refreshing about the Ottawa game was the Panthers didn’t panic. Instead of hewing toward a more conservative posture, Florida imposed its will and its style. When the Panthers attack off the rush and create plays in transition, they are capable of overwhelming opponents, and that desire to push the pace and utilize the stretch pass wasn’t lost.

Nevertheless, when Ottawa did force them to forecheck, the Panthers were relentless, and the Senators genuinely struggled to reach centre ice. Florida held the Senators to 0.89 expected goals against, the lowest total against any non-Coyotes opponent they have played.

The Detroit Red Wings have won only 33 per cent of their games away from Little Caesars Arena; they also rank dead last in high-danger chances percentage on the road this season. I use a semicolon because these two thoughts are not just connected, but closely linked. Having faced a cranky Lightning squad on Friday night, the Red Wings’ contest against the Panthers has them playing the second night of a back-to-back on Saturday. Ouch.

To balance their lines, the Red Wings moved Tyler Bertuzzi away from Dylan Larkin. That is nice and all, but I have trouble imagining the Panthers spending much time defending in their own zone. Against Ottawa, the Panthers’ defencemen were aggressively pinching and stepping up in the neutral zone, and one promising insight from the game was the Florida forwards giving their defencemen the support to embolden them. That spells trouble for Detroit.

I think the Red Wings will be hemmed in their own end for a lot of the game, and I think the Panthers will win by a multi-goal spread. The sportsbook clearly believes this too and, as such, I am willing to play the puck line to get a decent number.

Under former head coach John Tortorella, the stereotype of the Blue Jackets was that of shot-blocking, grinding robots. Under first-year head coach Brad Larsen, they are anything but—and they are immensely entertaining.

The Blue Jackets of 2022 struggle to win low-scoring games. They live and die with the rush and give their skill players freedom to make plays on entries. They stack three players at their blue line and lean on the counterattack. The Blue Jackets are rebuilding, but it’s clear that playing with pace and space is their future.

Has it worked? Yes and no. The fact that they are in the postseason conversation in March seems like an achievement considering expectations were low. But the Blue Jackets’ defensive metrics at 5-on-5 are atrocious, and they are one of the NHL’s worst in goals against.

In GSAx, their goaltending duo of Elvis Merzlikins and Joonas Korpisalo is only outdone by Seattle’s duo for being worst in that metric. Unfortunately for the Blue Jackets, their flaws are magnified by the Boston Bruins’ strengths.

The Bruins are one of the best forechecking and retrieval teams in the NHL, and against the Blue Jackets’ very iffy defensive group, they are primed to apply consistent pressure. In the Blue Jackets’ game against Pittsburgh last Sunday, Sidney Crosby used the lively boards at Nationwide Arena to set up a bank-pass to Jake Guentzel on a cross-corner dump-in.

It was a brilliant move because it bypassed the Blue Jackets’ blue-line wall and forced Columbus to make defensive reads at high speeds, a difficult task, and the Penguins picked up chances off the initial Guentzel shot. I fully expect Boston to implement similar tactics to discombobulate Columbus on Saturday. Faceoffs are an area where Boston can be very crafty.

There are two important developments with the Bruins that bettors need to know.  First, the Perfection Line is still broken up and Jake DeBrusk is playing with Patrice Bergeron and Brad Marchand. The line is killing opponents.

In 52 minutes at 5-on-5, the reconfigured Bergeron line has a +31 shot differential and a high-danger chances percentage north of 75. Furthermore, the David Pastrnak and Taylor Hall duo continues to flourish, and among the bottom-six forwards Charlie Coyle is allowed to play a more suitable role as a No. 3 centre. The Bruins had secondary scoring issues to start the season because the Perfection Line concentrated too much talent on one line. Problem solved!

Second, mercifully, the Tuukka Rask experiment is over, and the Bruins can play their best option in goal: Jeremy Swayman. Most exciting for Boston, is the fact that Swayman has improved as the season has progressed. In 2021, Swayman posted a -1.34 GSAx in 14 games. Since 2022 began, Swayman has been terrific, recording an 8.06 GSAx.

Watching the Blue Jackets’ Patrik Laine roam around the offensive zone as the high F3 is scary, but Columbus is poorly equipped to win a grinding game against Boston, especially on the second leg of a back-to-back.

The Bruins have more forward depth. Their defencemen will keep tight gaps and deny the Blue Jackets entries in transition. And the Bruins have better goaltending. I like the Boston moneyline.