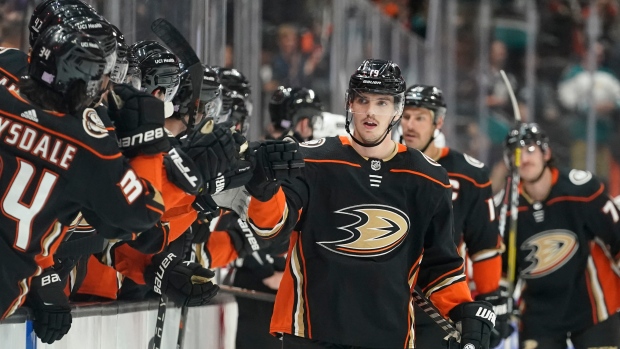 You hear it on most National Hockey League broadcasts this time of year: Where a team sits around American Thanksgiving is strikingly predictive of whether it will reach the playoffs.

With a sample size adequate to start making big-picture determinations, I want to discuss which team is overvalued, which team is undervalued, and which team I’d like to see a little more from before I put them in a box.

The Boston Bruins have the eighth shortest odds on some sportsbooks. That is oodles of respect for a team whose weaknesses might outnumber its strengths. Putting on my critic’s hat, allow me to start by pouring cold water on the offence.

The Bruins compensate for their lack of transition offence with a deluge of shots. But too many of those shots come from low-danger areas; they are one of the worst teams in the NHL in high-danger chances created. The Perfection Line is still dominant and will need to buoy the B’s to a postseason spot. But Boston’s bottom-nine forwards are getting outscored and trail in shot attempts.

In offensive expected goals, the Bruins are in the middle of the pack. Second-line forwards Taylor Hall and Charlie Coyle have both played fine, but the ancillary forwards are stirring up trouble.

Craig Smith has an expected goals above replacement (xGAR) of -1.4. Erik Haula is -0.6. Nick Foligno has only played seven games, but he is at -1.2. This trio has combined for two goals.

Once again, it is the nucleus that is burdened with carrying this team to victory every night. And with Patrice Bergeron, Brad Marchand and Hall all in their 30s, it’s a big ask.

The Bruins’ defence is posting its usual sparkling numbers in expected goals and high-danger chances allowed, which gives the illusion of business as usual.

Boston is one of the best teams in the NHL at defending entries and protecting the slot. It still plays zone defence. But the stout defensive numbers cloak suspect goaltending.

The Linus Ullmark experiment has been an unabashed failure as Ullmark has a -5.04 Goals Saved Above Expected (GSAx). Jeremy Swayman has been better, but his -0.97 GSAx puts him 24th among goaltenders with eight or more starts to their name.

As of this writing, Charlie McAvoy, Matt Grzelcyk and Brandon Carlo are first, second, and third in ice time for Boston. No surprise there. But look at the xGAR for the latter two and the numbers are weak. Grzelcyk is at -0.3 and Carlo is at 0.1. Last season Grzelcyk posted a 6.2 and Carlo finished at 3.6.

McAvoy is unassailable, a wrecking ball on offence and defence. But if the Bruins’ other key contributors in the defensive group are having lacklustre seasons, that is reason for concern.

The Bruins are well coached, and they grind out victories. The forwards play a simple game. They consistently look to go from low to high in the offensive zone, and after they feed the point, they scurry to the net to try to win a battle for a tip or rebound opportunity. It is an offence completely at peace with cycling and retrieving over and over.

Nevertheless, the offence is predicated on a handful of forwards drumming up goals. If those players slump, or long-term injuries occur, things will go haywire. Compounding these concerns is goaltending that is iffy and a defensive group getting mediocre performance from important rearguards.

The Bruins have been gangbusters at home. Therefore, I think they are a good team to fade in almost all away games, where they get inflated value based on reputation.

The New York Islanders were +2000 to win the Stanley Cup in the off-season. ­­That number has tumbled to +2500. One reason the number isn’t longer is that teams don’t normally play their first 13 games of the regular season on the road. But now the Jack Kerouac days are over, and as Saturday night showcased, the UBS Arena is rocking.

Last season, the Islanders won three quarters of their games at home. And while last season’s team had Jordan Eberle and Nick Leddy, it is important to remember we have seen this movie before.

Nine games into last season, the Islanders were 3-4-2 and mired in a five-game losing streak. In that abridged season, the alarm bells were also going off.

Of course, the Islanders finished with a sufficient record to make the postseason and almost make the Stanley Cup final. From a betting standpoint a valuable lesson was reinforced: Don’t bet against coach Barry Trotz.

This isn’t to say that the current team is without issues. The Islanders have poor underlying metrics at 5-on-5. Their defensive corps has looked thin and, in some areas, wooden. Former first-round pick Noah Dobson is not making the needed progression.

Top-nine forwards are struggling to score, as important cogs like Kyle Palmieri and Jean-Gabriel Pageau are snakebit. Announcers gush over Mathew Barzal and his excellent footwork and puck control, but offensively he has put up a modest eight points and his xGAR is one of the worst on the Islanders due to his defence.

One silver lining has been goaltender Ilya Sorokin, who has a 4.37 GSAx and gives the Islanders a goaltending advantage against 22 other teams.

Ultimately, I like the Islanders’ forward depth and predict the top-nine forwards start driving play. Very likely, I think Trotz molds this team into a defensive squad that asphyxiates teams while mustering just enough goals to win.

The term “value” has different connotations. The sportsbooks and I are aligned in believing that this team’s best days are in front of it. As such, the Islanders are still getting respect from a pricing perspective, which dings their “most undervalued” moniker.

I do think the Islanders are going to start ripping off wins, but I would caution bettors to wait until the team gets slightly healthier as its core is currently decimated by injuries. Soon, there will be profits to be made off Islanders moneyline bets, especially at home.

Are the Anaheim Ducks a fad or can they last? This question gnaws at me at all hours of the day. I can see the argument from both sides.

The pro-Ducks reasoning goes like this: In John Gibson, Anaheim has a goaltender who might be among the NHL’s best. When Gibson plays, Anaheim can steal a game against any team in the league.

Furthermore, the youth on this team is emergent. The Ducks appear to have hit on their 2019 and 2021 first-round draft picks, and while 2020 first-round pick Jamie Drysdale has his challenges, he is playing 20 minutes a game at the age of 19.

Impressively, the Ducks’ success has unfolded without forward Rickard Rakell, who has been sidelined by an upper-body injury. Rakell led Anaheim in expected goals per hour last season, but his absence has unintentionally underscored that the Ducks may have better forward depth than originally forecasted.

Pundits love to say that incredible players who everyone knows are awesome are underrated, with Aleksander Barkov and Brayden Point being two of the most cited examples. Ducks forward Troy Terry is a really good player who legitimately flies (sorry) under the radar, and he is having a career year.

His goals above replacement (GAR) is 6.8, fourth best in the NHL. Terry has been a catalyst for Anaheim in obtaining quality opportunities; in high-danger chances created at 5-on-5, the Ducks are 12th in the league.

One tweak from last season is that the Ducks’ defencemen are more consistently joining the rush and pinching more brazenly, which has helped Anaheim stay on the cycle and keep teams hemmed in their end. The Ducks franchise’s DNA of forechecking and cycling until their opponent blinks or screams for mercy persists.

Coach Dallas Eakins deserves credit, and if the Ducks make the playoffs, I imagine he will be a Jack Adams candidate.

Achievements pointing to Eakins terrific coaching job are that the Ducks are superb in special teams and disciplined (their net penalties per 60 minutes are in the league’s top five). Strategically, the Ducks hew to their system and don’t give up much.

If you look at the odds in the sportsbooks, the Ducks are not remotely taken seriously. And if the sportsbooks are slow to react, that spells opportunity. The pessimist in me wonders if Ryan Getzlaf and Adam Henrique playing an outsized role on this team eventually drags Anaheim down to reality in the remaining 64 games.

After all, Getzlaf is 36 years old, and nine months ago the Ducks put Henrique on waivers. However, each player’s numbers suggest he is valuable to the Ducks’ success. So maybe that continues.

Ultimately, I don’t know what to make of the Ducks. I can see that seven teams in the West look highly likely to make the playoffs, and a case could be made for the Ducks snagging the final playoff spot.

If Anaheim is legitimate, now is the time to jump on them before the sportsbooks price them as a viable postseason candidate.