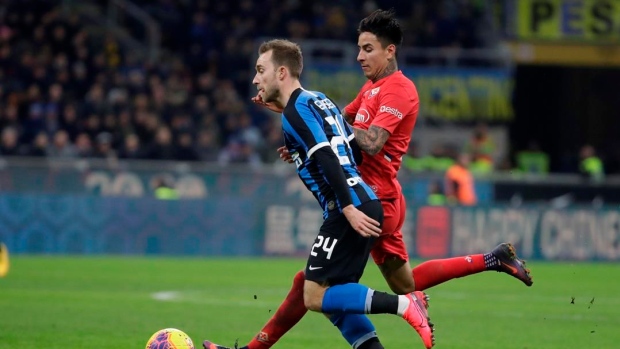 Newly acquired Inter midfielder Christian Eriksen says he felt like a scapegoat in his final days at Tottenham Hotspur.

The Denmark international admits he was growing tired of it by the time he left for Serie A last week.

"I did get the blame for a lot of stuff, for being the bad guy," the 27-year-old Eriksen told the BBC. "I read I was the bad person in the changing room, that ever since I said I wanted to leave, it was no good me being there. To be honest, over the last few years, if anything came up, any player would think about leaving but I was the guy who said it publicly."

Eriksen, who joined Spurs from Ajax in 2013, had six months remaining on his Tottenham deal and says he was constantly made aware of it.

"If you have a short contract, you will be the black sheep," Eriksen said. "I was very honest. I felt I had to be honest. I didn't want to hide like a lot of players do. Everyone is different. I was honest. I wanted to say it out loud."

The Dane becomes the fourth former Premier League player to join Antonio Conte's side in short order. Belgium striker Romelu Lukaku signed with the club in the summer, while Chile forward Alexis Sanchez also arrived on loan. During the January window, former Liverpool and Chelsea winger Victor Moses came to the San Siro.

Next up for Inter in the league is another edition of the Milan derby as the second-place Nerazzurri hosts a struggling Rossoneri side that sits in eighth.