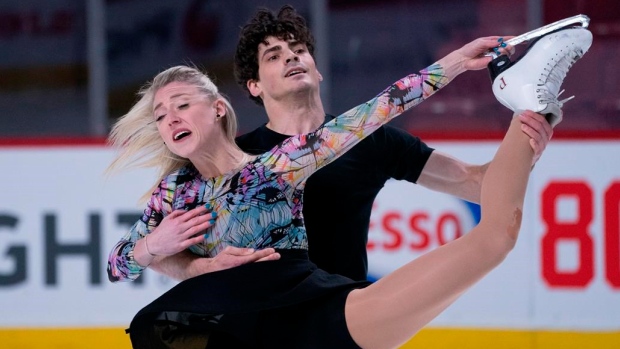 The International Skating Union sent out strict requirements for attending next week's world figure skating championships in Montreal amid the threat of the novel coronavirus.

Media, officials, skaters and coaches scheduled to attend the event received a lengthy Coronavirus Information Package on Tuesday from the world governing body for skating.

"If there is evidence of an acute respiratory infection (cold symptoms, runny nose, sore throat, cough, chest discomfort or difficulty breathing) you will be provided with a mask, the medical personnel are notified, and isolation will be required," the ISU's questionnaire said. "The Canadian Public Health officials will be notified and their protocols will be followed. An accreditation will not be issued until you have been cleared by the Canadian Public Health officials."

The questionnaire also asked attendees whether they've had any recent travel to or from any high-risk areas for the coronavirus, or have been in contact with anyone who has travelled to high-risk areas.

The requirements come a day after Quebec Health Minister Danielle McCann says the government is evaluating whether to allow the championships to go ahead.

The International Ice Hockey Federation cancelled the women's world hockey championship on Saturday. They were to take place March 31 to April 10 in Nova Scotia.

In a statement on its website Tuesday, the ISU said it "learned that the Quebec Health Ministry has scheduled a meeting for this morning Quebec time to discuss all major events in the province.

"The ISU will not fail to communicate and comment on conclusions of this meeting as soon as publicly available."

McCann said Monday that provincial public health and public security officials are involved in the analysis of the March 16-22 figure skating event, with input from the Public Health Agency of Canada.

She said cancelling the competition has not been ruled out, and a decision will be made as quickly as possible.

"We have to do a case-by-case analysis of the events, but we are aware that we need to make a decision rapidly concerning the (figure skating event) ... What I want to say is a decision needs to be taken as quickly as possible," McCann said.