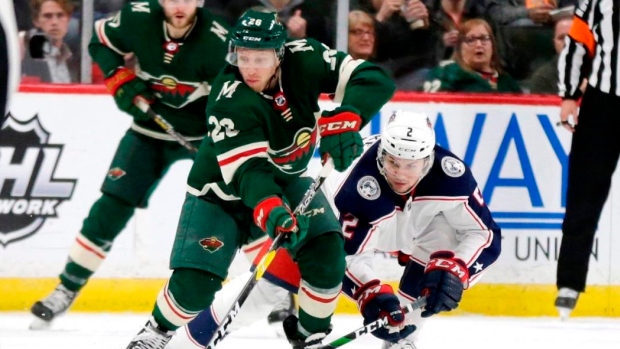 Mayhew scored a league-best 39 goals and finished third in scoring with 61 points in 49 games, helping Iowa to the best regular-season record in franchise history.

The Wild were second in the Central Division with a 37-18-8 record when the AHL season was ended early by the COVID-19 pandemic.

He also had two goals in 13 games with the Minnesota Wild this season – including a goal in his NHL debut Oct. 15 at Toronto.

A native of Wyandotte, Mich., Mayhew turned pro with Iowa in 2017 after four years at Ferris State University, and spent his first two pro seasons on an AHL contract before signing with Minnesota on May 10, 2019.

This report by The Canadian Press was first published May 29, 2020.