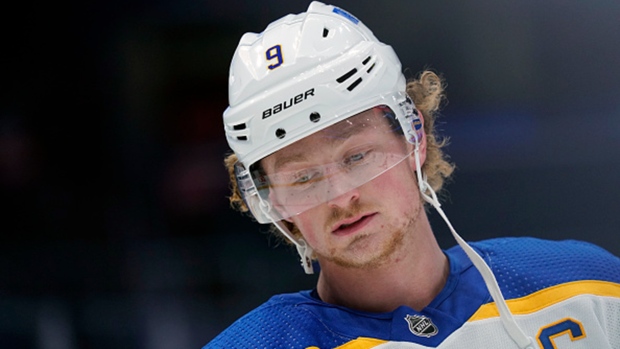 TSN Hockey Insider Darren Dreger joined host Gino Reda to discuss the latest with Buffalo Sabres star Jack Eichel, who has been at an impasse with the organization for months. Here is what the pair discussed:

Reda: A stalemate, an impasse, call it what you like, but we get the sense over the last few months there has been very little in terms of progress on the Jack Eichel front. Is that about to change?

Dreger: It is changing. How quickly it’s going to change, the Buffalo Sabres and Jack Eichel are about to find out. But sources on Tuesday night indicated that ongoing discussions between general manager Kevyn Adams and those interested general managers around the National Hockey League have shifted from more just discussion to a more serious talk. But what the Sabres need to understand and appreciate in the days moving forward, is it still just talk? How serious are these clubs? And the feeling is these teams are getting more serious on the trade front. And a lot of that has to do with the reality that the interested parties do have the medical records specific to the case and the medical stalemate between Jack Eichel and the Buffalo Sabres. And Pat Brisson of CAA Hockey and Adams, the GM from the Sabres, continue to work all teams very, very hard. But, again, the next few days, maybe as long as a week, will be more telling.

Reda: You said teams, so let me follow up on that. How much interest is there, how many teams are actually involved in the more serious talks and what are the Sabres looking for in return?

Dreger: Well, what they’re looking for in return I think is dependent on the interested parties here. How creative is Kevyn Adams willing to get? I think very creative. Quote un quote, I’m told, there are a few teams in the mix and speculation suggests that it may be one of the West Coast Teams. Could it be the Los Angeles Kings? Maybe it’s the Anaheim Ducks. Then you shift over to the East. Is it the New York Rangers? Well, Rangers sources say nope, not them. L.A. sources downplay, Ducks sources downplay. So, I mean, you literally have to look across the NHL and wonder. Look, Adams has a really good handle on his list. Brisson has a good handle on his list. But again, nobody is looking to be more specific at this stage than a few teams in the mix.

Reda: Eichel has 355 career points in 375 regular season NHL games but not a single playoff game played. Whatever team he ends up on, we certainly hope it’s a playoff team because the NHL needs Eichel in the postseason.