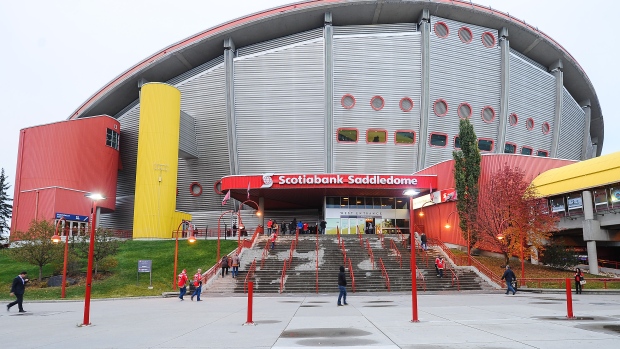 Is the difference between having a new multimillion-dollar arena for the Calgary Flames three seasons from now and the team remaining in the National Hockey League’s second-oldest rink a paltry $9.7 million (roughly 12 per cent of the team’s current payroll)?

On Tuesday evening, Calgary Mayor Jyoti Gondek announced that the $600 million-plus Event Centre arena project was done for after she had a call with Murray Edwards, primary shareholder of Calgary Sports and Entertainment Corporation (CSEC), the ownership group of the Flames, where he indicated that CSEC could not make up the above difference.

“There was additional funding that had to be taken on by Calgary Sports and Entertainment Corporation,” the mayor told reporters on Tuesday evening.

“It appears that they are unable to make that financial commitment.”

On Wednesday, CSEC CEO John Bean gave further context on how the long-awaited deal with the city fell apart.

“Unfortunately, there are now $19 million of new cost items related to infrastructure and climate being insisted upon by the city, for which they are seeking an additional $10 million in funding from CSEC,” Bean said.

The July 2021 Events Centre agreement (which, then as a city councilor, Gondek did not endorse) was made after the initial 2019 deal that she supported had cost overruns that sent its estimated price tag from $550 million to $608.5 million. As part of the latest agreement, the City of Calgary would have contributed $287.5 million, or approximately 47 per cent. CSEC would have been responsible for $321 million, as well as certain cost overruns that they have disputed.

Bean stressed that the agreement did not fall apart over that $9.7 million sum, but rather accumulated cost overruns that would likely have increased even more once shovels hit the ground, which was expected early in the new year.

“Included the newly-introduced cost related to infrastructure and climate, the accumulated cost increases for CSEC now total $81.5 million, which represents an increase of 30 per cent relative to the original agreement reached in December of 2019,” Bean said.

Climate change is a major element of those cost overruns.

In one of her first acts as mayor after being elected in October of 2021, Gondek declared a climate state of emergency in Calgary. The centre would have had a LEED Silver certification, an environment credential administered by the U.S. Green Building Council. CSEC endorsed that initiative. CSEC was also required to have solar panels on the roof of the new complex, and for it to be a net-zero operation by 2035, 11 years after it was scheduled to have opened.

“We’re supportive of both [requirements] but what we struggle with is being asked to fund those additional requirements,” Bean said.

“We’re happy to support the city if they wanted to [fund them] and we suggested that perhaps they could find funding for those two elements.”

The COVID-19 pandemic has also complicated – among everything else in the world – procuring raw materials for mass infrastructure projects.

“We were prepared for the cost escalation we faced, and we even got our head around supply chain.”

While both sides have announced their intention to walk away from the deal, that process has not formally begun from a legal standpoint yet.

Flames fans hoping to witness victories in a state-of-the-art facility (and Calgarians anticipating that the facility would help revitalize a downtown fallen on hard times) have to hope that this week’s news remains just that – public posturing without following through on steps to actually terminate the agreement.

The Flames’ home rink, at least for now, will remain the aging Scotiabank Saddledome, which opened in 1983.

After Bean’s comments, Gondek hinted that there might be a glimmer of hope yet.

"We have not closed the door,” she told reporters.

“We're simply waiting for them to come back and say that they found the money."