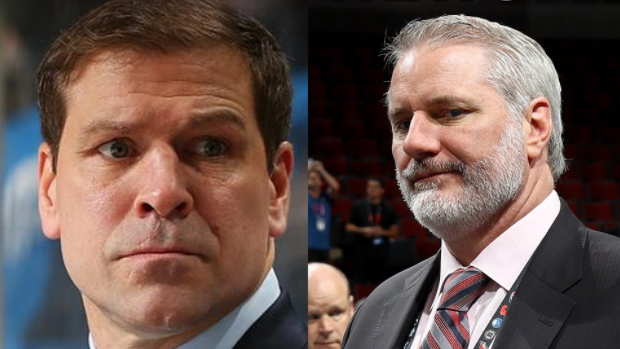 Lamoriello, who joined the team last month, will assume the general manager duties of the Islanders and begin the process of finding a new head coach.

"The New York Islanders would like to thank both Garth and Doug for their dedication to the franchise," Lamoriello said. "Both started their tenures with the franchise as players and grew as tremendous leaders to the positions they held."

The team said both will remain with the Islanders organization.

The Islanders made the playoffs just four times in Snow's 12 seasons with the team. He oversaw four coaching changes over that span and hired Weight to take over for Jack Capuano last season.

The Islanders went 24-12-4 once Weight took over as the team's head coach last year, but failed to reach the postseason. The team went 35-37-10 in Weight's second season with the team.

Lamoriello spent the past three seasons as general manager of the Toronto Maple Leafs, but was moved into an advisor role in April. The Leafs then named Kyle Dubas as the team's general manager.

Larry Brooks of The New York Post reported that both Snow and Weight were left in the dark on the addition of Lamoriello by owners Jon Ledecky and Scott Malkin.