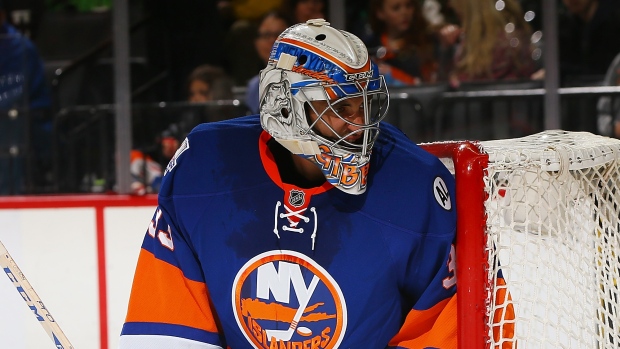 The Islanders announced the signing of the 23-year-old on Monday. Terms weren't immediately available.

Gibson made his NHL debut with the Islanders last season, appearing in four games. His first NHL win came on April 5 at Washington, clinching the Islanders' Stanley Cup Playoff berth.

A native of Finland, Gibson also appeared in 44 games with the Islanders' AHL affiliate, the Bridgeport Sound Tigers. He led all Sound Tigers goalies in games played and wins (19), while posting a 2.70 goals-against average and .909 save percentage.

The Islanders acquired Gibson from the Toronto Maple Leafs on Sept. 17 for Michael Grabner. The Los Angeles Kings selected Gibson in the second round of the 2011 draft.