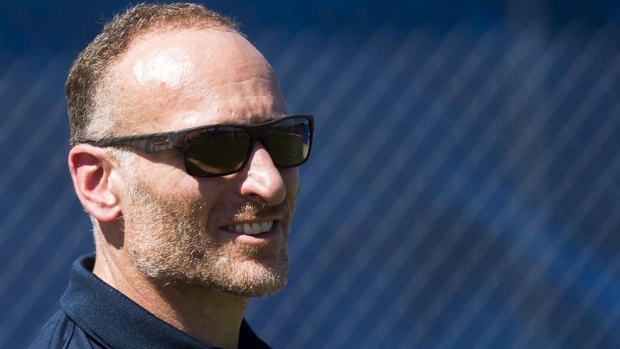 DUNEDIN, Fla. — Mark Shapiro has every reason to be smiling these days.

Sitting in a boardroom named after Paul Beeston inside his prized possession, a new $110-million player development complex, on Friday morning, the Toronto Blue Jays president and CEO talked rising payrolls, a newly-planned large-scale renovation of the interior of Rogers Centre, and, of course, winning.

As the challenges of the pandemic finally start to ease, the payroll, a rebuilt roster chock full of star talent, the minor-league system and the overall mindset of the entire organization all seem to be in great shape with the 2022 season on the horizon.

Starting in April, the revenue will start to return, as well, leaving very few major items left to check off the to-do list.

And it’s absolutely going to be the hardest one to achieve.

“I hope we have one or two world championship trophies in the case,” Shapiro said of where he hopes the Blue Jays are as an organization in two years. “That’s what I hope we look like.”

Climbing that hill will be difficult, but the Jays are better equipped to do it than all but a handful of teams in baseball.

The plan Shapiro pitched to Rogers ownership six years ago has become mostly reality, maybe even a little quicker than the soon-to-be 55-year-old executive thought.

“There was a plan laid out five or six years ago, and they never unfold exactly as you think, but things have unfolded as we proposed,” Shapiro said.

Coming off a 91-win season with a pair of MVP candidates and the AL Cy Young winner that somehow, someway didn’t end in a trip to the postseason, Shapiro feels the amended group put together by GM Ross Atkins and his front office has improved and is one that’s prepared to deal with the ups and downs that come with the marathon that’s in front of them.

“Better than 91 wins,” Shapiro said when asked how good this Jays club can be this year. “The reality of 162 games is that there’s going to be some things that we can’t foresee that are going to happen. How well you adjust to the unknowns — injuries or uncertainties or anything that could come up — is often the test of a team. But I do feel like we are better prepared for the unknowns than any other team could be because of what we went through the last two years.”

The last two years have been a wild ride for the Blue Jays and everyone involved.

From a Coronavirus shutdown to summer camp in Toronto to frustrating negotiations with the Canadian government to temporary homes in Buffalo and Dunedin to a return home with a fraction of the fans they faced in stadiums elsewhere, there’s no arguing the Jays have overcome a lot and done it with a certain level of class along the road, too.

Through all the speed bumps and financial losses, the Jays are emerging from the pandemic as a true World Series contender with a payroll that could reach $170 million when all is said and done in 2022, which would be the first time in franchise history they’ve crossed that threshold.

Essentially, the franchise weathered the storm without getting knocked off course.

Now, things really get interesting because going from good to great is the toughest part.

But this franchise is willing to spend to do it.

Whether that’s in the form of taking on another big contract or two before this year’s trade deadline in July or reluctantly giving up extremely valuable top prospects, nothing is off the table from here on out if it means winning a ring.

“The expectation would be at some point you have to outspend your revenues when you get close to the point of contention, mostly because all wins aren’t created equal and those wins from like 90 to 93 are usually the most important ones and you usually have to outpace revenue at some point,” Shapiro said.

“When they start to outpace our budget, then it’s up to me to go (to ownership) and propose and say, ‘Here’s what we feel another addition beyond our budget could mean.’ We never feel limited by that. If your internal projections say you’re going to win 92 games, and a player takes you from 92 to 94, those are pretty big wins. I’m not saying that’s where we are, I’m just using that as a hypothetical. The meaning of those wins, even from a revenue perspective, could be dramatic. That’s up to me to determine if it’s worth bringing forward.”

What he’s saying is winning a World Series is lucrative. Very lucrative.

The sustainable winning Shapiro has always talked about could happen in a ballpark that looks much different than the Rogers Centre we all know today.

On Friday, Shapiro revealed some of the ins and outs of the not-so-secret renovation plan that has now been officially approved by ownership and will take place over the next two winters in order to not disrupt things during the season.

He didn’t put a price tag on it, and detailed plans are expected to be unveiled in May, but it’s a nine-figure job that will essentially gut the lower bowl, concourses, and the bowels of the stadium where the clubhouses are.

The entire project is expected to be completed by opening day 2024, with the majority of the work taking place in the winter of 2023-24.

“We’re not talking about a small renovation,” said Shapiro, who also noted there’s a new scoreboard in place this year, as well as new LED field lighting that has brightened up the building. “It’s going to be meaningful, it’s going to be impactful.

“Doing the best we can to move it from a stadium to a ballpark.”

The project buys Shapiro time as they start to plan either a major overhaul to the existing site, or maybe even a new stadium at a different location entirely.

“It’s not the renovation for the next 50 years, it’s probably for the next 10 to 15, but we’ll still have a stadium issue,” Shapiro said. “It just gives us good runway to deal with a very complex issue on a stadium. What does that look like if we stay where we are? What does it look like if we consider moving? But that is extremely challenging and this gives us 15 years without compromising fan experience.”

There’s a certain buzz around baseball surrounding the Jays as they officially enter the territory of true World Series contender.

Expectations are high, but so is the talent level.

Shapiro also envisions enough financial resources to keep it together down the road, while knowing tough decisions will have to be made.

You only need to look at the deep-pocketed Los Angeles Dodgers letting star shortstop Corey Seager walk in free agency to have evidence that spending big dollars isn’t always necessarily the route to go when sustainable winning is the goal, even if the money is obviously there.

With the Competitive Balance Tax jumping to $244 million by 2026, could the Jays actually inch closer in overall payroll to teams like the Yankees, Red Sox and Dodgers?

“I think there’s an opportunity for us to sustain much higher payrolls,” Shapiro said. “Not in the top five, but certainly close to that. But payroll management is important, always. And what that means is just not all getting old at the same time, it’s continuing to commit to young players, continuing to balance your payroll and making some tough decisions at times.”

It’s World Series or bust from here on out, which is the question I posed to Vladimir Guerrero Jr. when he dropped the “What we did last year was a trailer, now you’re going to see the movie” line.

There are no consolation prizes anymore, but the final chapter is always the hardest to write.

“We’re going to face something that none of us are thinking about right now,” Shapiro said.

Atkins put it best this week: “It’s a round bat and a round ball — things happen.”