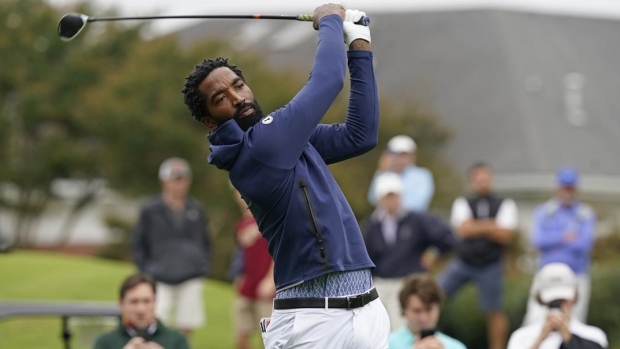 Like a lot of people do in retirement, J.R. Smith turned to golf as a pass time since retiring from the NBA in 2020. However, unlike a lot of people, he just signed a NIL deal as a brand ambassador for lululemon, becoming the first male golfer to be endorsed by the brand.

Since the rules changed allowing college athletes to have sponsorships, Smith, a second-semester freshman at North Carolina A & T State University, was able to sign a deal to highlight lululemon’s Evolution Polo line.

The two-time NBA champion signed with Excel Sports Management in January after enrolling in school, where he competes as a golfer. While rules won’t allow him to promote lululemon at NCAA-sanctioned events, he can post about the brand online and appear in ads as he did in the brand’s latest golf campaign.

The 16-year NBA veteran has quickly become one of the most popular college athletes in the sport and has been vocal about his desire to make golf more accessible for underrepresented minority players.​