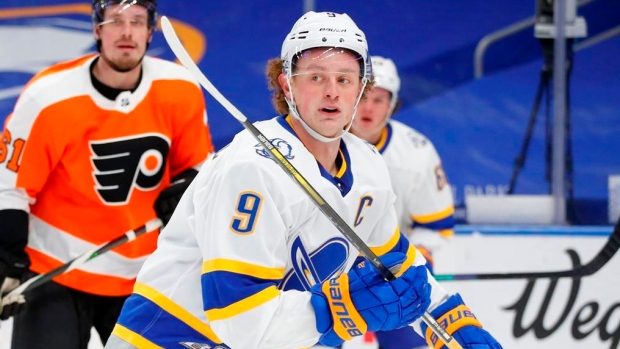 It appears the Jack Eichel trade market is heating up.

TSN Hockey Insider Pierre LeBrun wrote in The Athletic Wednesday that conversations between the Buffalo Sabres and teams interested in the star centre are "getting more intense and serious."

LeBrun notes that the Sabres will be expecting to receive a 2021 first-round pick as part of their return for Eichel, putting the timeline for a deal ahead of the July 23 NHL Draft. He lists the Los Angeles Kings, Minnesota Wild, Anaheim Ducks, Columbus Blue Jackets, Philadelphia Flyers and New York Rangers among the many clubs that could make sense as a landing spot.

Things getting more serious on the Jack Eichel trade front; all signs pointing to Brind'Amour staying put, plus more in my Rumblings notebook:https://t.co/fhfxQBnbVk

TSN Hockey Insider Darren Dreger reported last week that clubs were calling the Sabres with interest in a number of players, including Eichel.

Sabres general manager Kevyn Adams said in May that Eichel had not requested a trade, though the centre openly discussed a "disconnect" with the team regarding how to treat his neck injury.

“I’ve been a bit upset about the ways things have been handled since I’ve been hurt," Eichel said on May 10. "There’s been a bit of a disconnect between myself and the organization.

The 24-year-old Eichel, who had two goals and 18 points in 21 games this season, has five seasons remaining the eight-year, $80 million contract he signed with the Sabres in 2017.