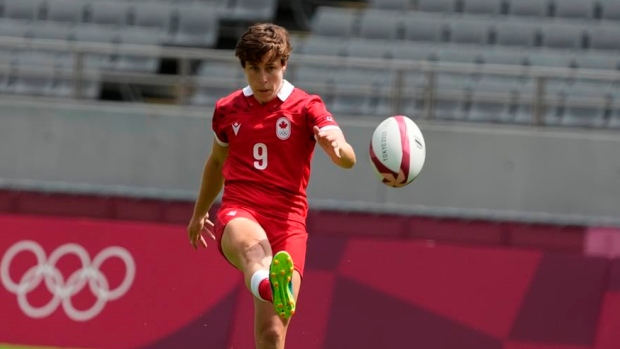 Jack Hanratty has been appointed interim coach of the Canadian women's rugby sevens team for the remainder of 2021.

Hanratty, who spent five years with Leinster Rugby prior to coming to Canada, will continue in an advisory role to the Canadian Sports Centre (CSC) Atlantic and Rugby Nova Scotia during his time with the sevens team.

"Jack is an obvious selection to lead our women’s team into the upcoming HSBC World Rugby Sevens Series event in Dubai while we finalize our recruitment process for a permanent head coach," Rugby Canada CEO Allen Vansen said in a statement. "We expect to have a permanent coach in place for when the team returns after the holiday season."

The new season of the World Series starts next month in Dubai, with a pair of men's and women's events, running concurrently Nov. 26-27 and Dec. 3-4.

Hanratty and the women will prepare in prepare in Langford, B.C., assisted by Brittany Waters, head coach of the University of Victoria women’s team.

Hanratty becomes the fourth coach in charge of the women's sevens squad this year.

Longtime coach John Tait, who led the team to bronze at the Rio Olympics in 2016, stepped down in April in the wake of a complaint filed by 37 current and former team members under Rugby Canada's harassment and bullying policy

An independent review concluded that while the conduct described in the complaint reflected the experiences of the athletes, it did not fall within Rugby Canada's policy's definition of harassment or bullying.

Tait, while maintaining he had done nothing wrong, subsequently stepped down as sevens coach and women's high performance director. The former Canadian international was recently appointed technical director of B.C. Rugby.

Australian Mick Byrne, who previously served as a consulting coach with Rugby Canada, was in charge of the sevens women at the Tokyo Olympics where the team finished a disappointing ninth.

Kelly Russell, a former captain of the Canadian women's 15s side, coached the team at the recent Vancouver and Edmonton sevens events.

Rugby Canada has started a review of its high performance program in the wake of the women's sevens complaint, the Olympics and the Canadian men's failure to qualify for the World Cup.

This report by The Canadian Press was first published Oct. 21, 2021