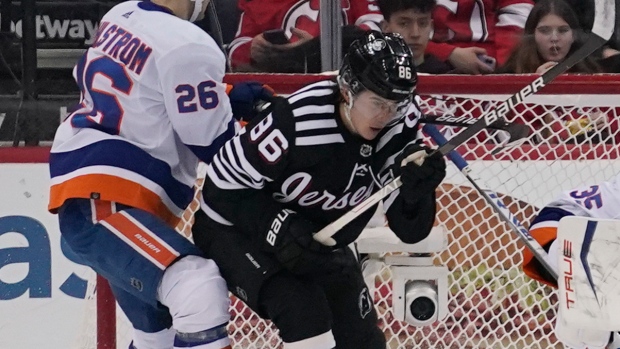 NEWARK, N.J. (AP) — The New Jersey Devils will be without leading goal-scorer Jack Hughes for the rest of the season due to a left knee injury.

The Devils made the announcement about the No. 1 overall pick in the 2019 NHL draft in between the first and second periods of Tuesday night's game against the New York Rangers.

Hughes was hurt Sunday in the second period when he was checked along the boards in his own zone by Islanders forward Oliver Wahlstrom. A medical evaluation showed Hughes has a low-grade left MCL sprain.

The team said he is out for the season and will begin rehabilitation and conditioning immediately.

The Devils are out of playoff contention.