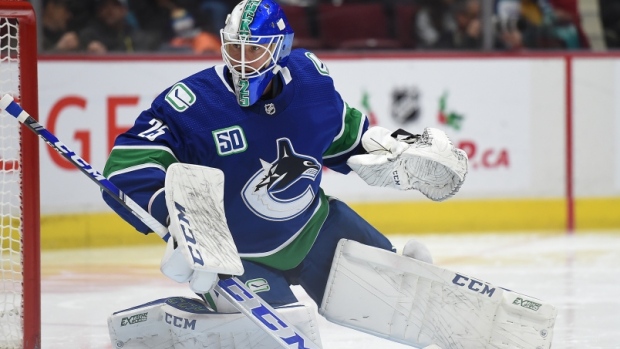 The Vancouver Canucks will be without goalie Jacob Markstrom for at least two weeks, the team announced on Wednesday.

The injury to Markstrom triggered the Canucks' only deal at the NHL trade deadline.

Rookie Thatcher Demko got the start in net for Vancouver Tuesday night, making 37 saves in the Canucks' 4-3 overtime win over the Montreal Canadiens.

Vancouver currently sits second in the Pacific Division with 74 points, two shy of the Vegas Golden Knights and four points clear of the second wild-card spot, held by the Nashville Predators.