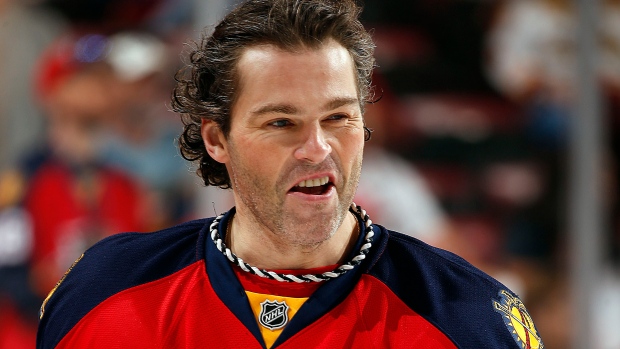 The NHL announced the finalists for the award, which goes to the player who "best exemplifies the qualities of perseverance, sportsmanship and dedication to hockey," on Sunday.

Dupuis earned the Masterton nomination for rejoining the team after nearly a year of rehabilitation for multiple injuries and blood clot concerns. He appeared in 18 games before a pair of medical scares convinced him to retire.

The 44-year-old Jagr helped lead the Panthers to franchise records for wins (47) and points (103) while capturing their second division title. Playing in his 22nd NHL season, Jagr led the Panthers in scoring with 27 goals and 39 assists, becoming the oldest player in league history to surpass the 60-point plateau.

Zuccarello was nominated in recognition of a spirited return after suffering a serious head injury during the 2015 Stanley Cup playoffs. Zuccarello missed the Rangers' final 14 post-season games last year after being struck in the head by a slap shot. He played in 81 games this season and established career highs in goals (26), points (61) and power-play goals (seven).