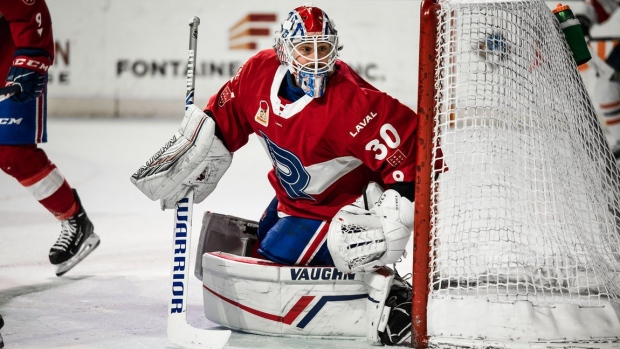 Riley Barber's power-play goal with 3:22 left to play was the winner as Laval (14-10-3) reeled off three unanswered goals in the third period. Kevin Lynch also scored in the three-goal outburst.

Charlie Lindgren started in net for the Rocket, the AHL affiliate of the Montreal Canadiens. He stopped 2-of-3 shots in 8:21 of work. Keith Kinkaid turned aside 23-of-25 shots in relief.

Laval was 2 for 7 on the power play and the Thunderbirds were 2 for 5 with the man advantage.