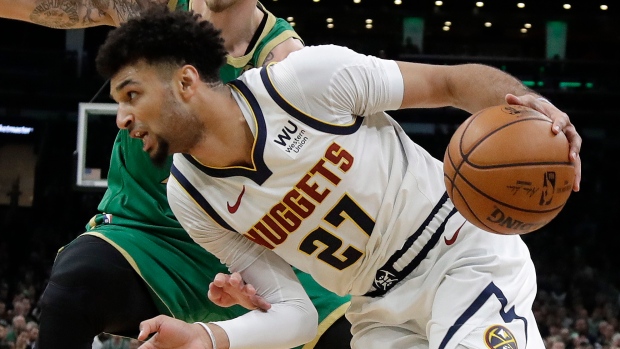 Denver Nuggets guard Jamal Murray left during the first quarter of Tuesday's 97-92 loss to the Philadelphia 76ers with what the team is calling a trunk contusion.

Murray collided with 76ers' forward Ben Simmons midway through the first and immediately headed for the locker room. The 22-year old did not return but the injury is not considered serious as head coach Michael Malone was told by Murray after the game via Mike Singer of the Denver Post.

Michael Malone said he talked with Jamal Murray after the game and the sentiment was that his trunk contusion wasn’t serious.