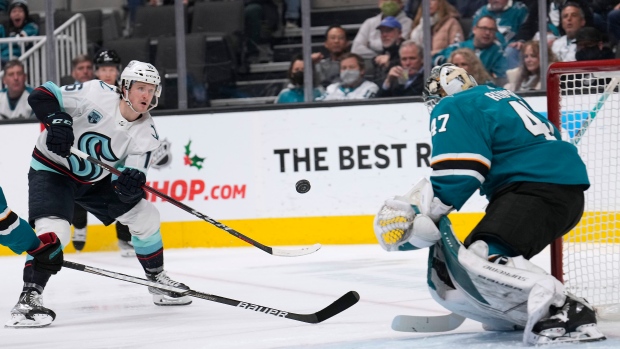 Jared McCann is in the Pacific Northwest for the long haul.

The Seattle Kraken signed the 25-year-old winger to a five-year, $25 million extension on Tuesday.

A native of Stratford, Ont., McCann has a career-high 21 goals and 12 assists through 50 games this season.

McCann was taken in the expansion draft from the Toronto Maple Leafs last July.

Originally taken with the 24th overall pick of the 2014 NHL Entry Draft out of the Ontario Hockey League's Sault Ste. Marie Greyhounds, McCann is in his seventh NHL season.

In 403 career games with the Kraken, Pittsburgh Penguins, Florida Panthers and Vancouver Canucks, McCann has 87 goals and 101 assists.