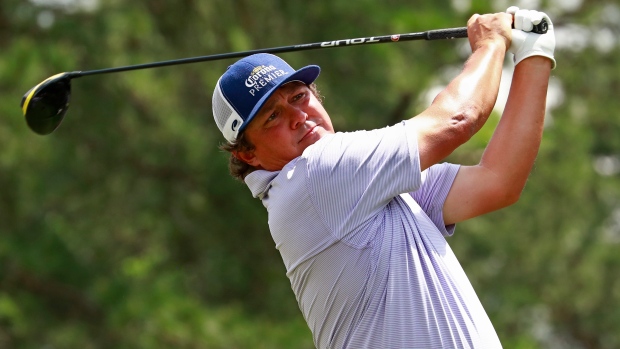 Jason Dufner is a free agent no longer.

Last week, it was announced that Dufner, the 2013 PGA Championship winner, signed on with Cobra Golf and will carry 11 of the company’s clubs in 2020. It marked the end of a lengthy search for just the right gear and one that showed Dufner’s disciplined approach and also the changing golf club endorsement landscape.

A number of top players are forgoing deals with club makers, choosing not to get locked into an arrangement that may limit what that can put in their bags. Players such as Brooks Koepka, Tommy Fleetwood and Patrick Reed haven’t signed on with any one company.

At the start of the 2018 season, Dufner parted ways with Titleist, the company he’d been with his entire career. That began a long period of testing and searching for clubs that would fit his game and his comfort level.

“I tried a lot of stuff,” Dufner admitted. “If somebody wants to know about drivers or irons or wedges out on the PGA Tour, I can tell you which ones are good, which ones aren’t that good. I went through the whole gamut and probably at the expense of my game.”

The five-time PGA Tour winner fell to 136th on the FedEx Cup points list last year as he hunted for just the right fit. He found that even when clubs provided good numbers on the range and in a variety of test modes it didn’t always translate into performance during tournaments.

Over his free-agent period, he screened and played clubs from TaylorMade, PING, and many others, before finally settling on Cobra.

He used Cobra’s equipment for the second half of last year after getting it dialed in to his liking. Now he’ll join Rickie Fowler and Bryson DeChambeau in the company’s marketing programs.

He admitted that he took his time to make sure the clubs were just right.

“I didn’t want to just rush into something and then just sign,” said Dufner. “A lot of guys get stuck with stuff they’re not happy with and then they realize six or eight months later. It goes back to the testing – everything can look great on your testing and practice, and for whatever reason it’s not as good when you go to compete. Nobody wants to be in that situation.”

There are plenty of examples of deals that seemingly didn’t work. The poster boy for that could be Bubba Watson. In 2017, he signed a multi-year deal to play the Volvik ball but that ended suddenly after one frustrating season in which the two-time Masters winner fell to 75th on the FedEx Cup points list from 21st.

Dufner said that there’s a good reason why getting the right equipment is more important than the highest-paying contract.

The same can be said for companies outside of the manufacturers. Being a walking billboard can be lucrative, but it also comes with a responsibility to the organization.

Dufner said he tries to work with companies where he sees a fit above and beyond just the product itself. His irreverent outlook on life made him a good partner with one of his current sponsors, Dude Wipes, a product for guys who, um, need to freshen up anywhere. He carries the logo on his hat and has produced some humorous social media posts about the product.

“Yes, you can,” Dufner said when asked if it was easy to chase the big buck if you just want to cash a cheque. “Maybe not as much now as five or six years ago because the money’s not as good as it used to be. But I try to pick good partnerships. Some have lasted a while, some have not lasted a while. I just try to find a good fit – what’s my personality, what’s their personality or mission statement? How do they conduct themselves?”

As he heads into 2020, Dufner is settled when it comes to equipment and sponsorships. Now the question is if that will translate into his golf game and bring him back near the upper echelons of the PGA Tour.