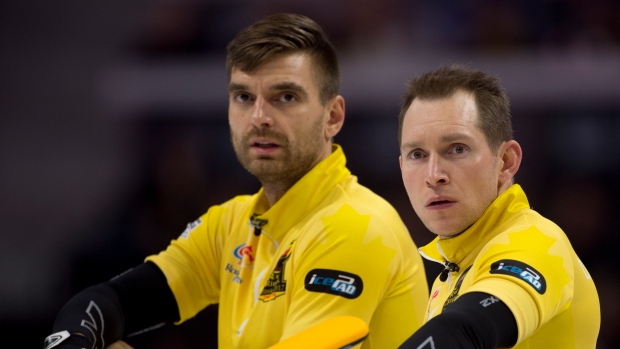 Excited to welcome Matt Wozniak to Team Gunnlaugson. Can’t wait to get going next year! pic.twitter.com/JICkw60ZPu

Team Gunnlaugson, who made their Brier debut this season, was in need of a new player after third Alex Forrest announced last week he was stepping away from curling to focus more time on his family and work.

Adam Casey, an import player from Prince Edward Island who played second for Team Gunnlaugson this past season, will serve as vice going forward.

Wozniak, 37, spent 13 seasons for Mike McEwen before taking a break from the game for the past two campaigns. Wozniak and Team McEwen were one win away from representing Canada at the 2018 Olympics, losing in the 2017 Roar of the Rings Olympic trials final to Team Kevin Koe.

The Winnipeg native has played in four Briers, including one as an alternate in 2019.

The 31-year-old Gunnlaugson defeated McEwen's new team in the Manitoba final last month to punch his first ticket to the Canada championship. At the Tim Hortons Brier in Kingston, Gunnlaugson led Manitoba to the championship round, but came up short for the playoffs, finishing with a 5-6 record.

Forrest spent the last three seasons with Gunnlaugson and has also played with Matt Dunstone, William Lyburn and Jeff Stoughton in the past.