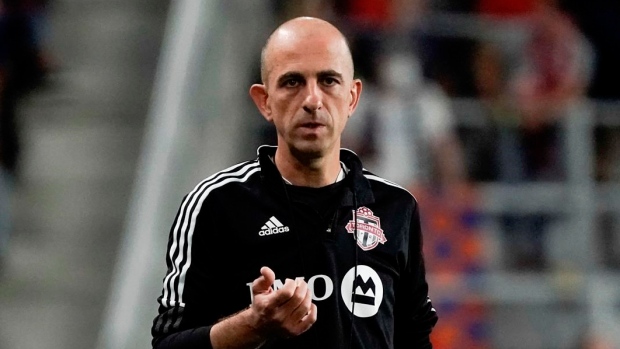 Javier Perez will not return as the club's head coach in 2022, Toronto FC announced on Tuesday.

The announcement comes a day after general manager Ali Curtis departed from the club.

“We would like to thank Javier for his hard work this season,” TFC president Bill Manning said in a statement. “He stepped into a difficult situation and was a true professional in every regard. We wish him well in his next endeavor.”

Perez, 44, joined the team before the 2021 season as an assistant under head coach Chris Armas.

The Valladolid, Spain native was promoted to interim head coach when Armas was fired 11 games into the season in July. The interim tag was removed a month later with Perez announced as coach for the remainder of the season.