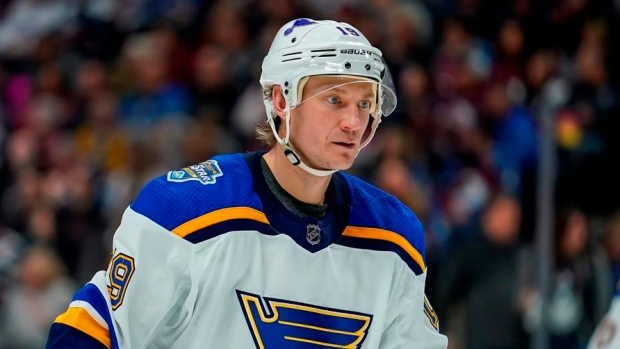 The St. Louis Blues announced Friday morning that defenceman Jay Bouwmeester had a successful Implantable Cardioverter Defibrillator procedure and remains in the care of the cardiology department.

The Blues say they will provide an update on his status early next week. Upon approval of release by the UCI Cardiology Department, the defenceman will be flown back to St. Louis and monitored by physicians.

The procedure, which was done to restore the heart's normal rhythm, was performed in Anaheim.

Bouwmeester collapsed on the Blues' bench in the first period of Tuesday night's matchup with the Ducks. General manager Doug Armstrong told reporters Wednesday at a news conference that medical personnel used a defibrillator to revive him before he was taken to hospital. The game was postponed shortly after the incident.

“There is never a good time for something like this to take place, but there could not have been a better location than the Honda Center,” Armstrong said at a news conference Wednesday. “Thanks again to everyone uninvolved at the Honda Center and the Ducks organization for their life saving efforts.”

Bouwmeester was skating in his 57th game this season, the 1,241st of his NHL career. He skated 1:20 in his last shift before collapsing and had logged 5:34 of ice time in the game.

The Blues signed the veteran defenceman to a $3.25 million, one-year deal for this season. St. Louis will be back in action Saturday night at home against the Nashville Predators.