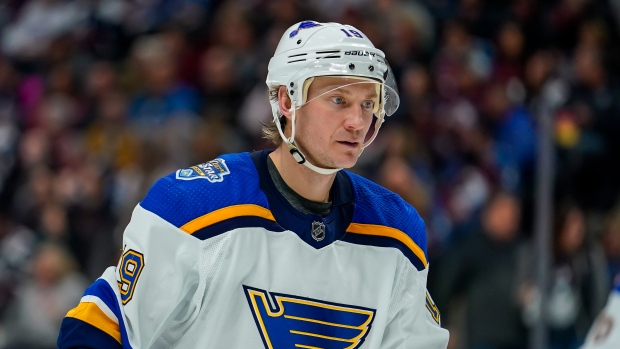 According to St. Louis Blues head coach Craig Berube, defenceman Jay Bouwmeester is back in Canada but will not be with the team in Edmonton.

Berube says that Bouwmeester is back in Canada and will NOT be with the Blues in Edmonton. #stlblues

On Feb. 11, Bouwmeester collapsed on the bench in the first period during a game at the Anaheim Ducks on Feb. 11. The 36-year-old Edmonton native was hospitalized at the UC Irvine Medical Center in Orange County, California, and spent five nights in the hospital and had a cardioverter defibrillator implanted into his chest.

Blues general manager Doug Armstrong said in February that Bouwmeester would be out for the remainder of the season and the playoffs.

In 56 games last season, Bouwmeester had one goal and nine points. He was a part of the Blues' Stanley Cup championship in 2019.