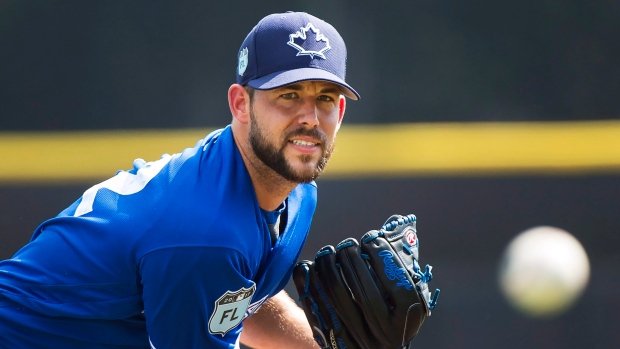 The Toronto Blue Jays have activated pitcher Ryan Tepera from the 10-day IL and designated pitcher Javy Guerra for assignment to make room on the roster, the team announced on Thursday.

To make room on our 25-man roster, RHP Javy Guerra has been designated for assignment. pic.twitter.com/XQnQNzpeRw

Tepera posted a 5-5 record with a 3.62 ERA last season, making 68 appearances out of the Blue Jays bullpen.

The 31-year-old was diagnosed with right elbow inflammation during Spring Training after throwing seven innings over seven appearances.

Guerra pitched in nine games for the Jays this season and posted an 0-0 mark with a 5.40 ERA in 10 innings, with 12 strikeouts and four walks.