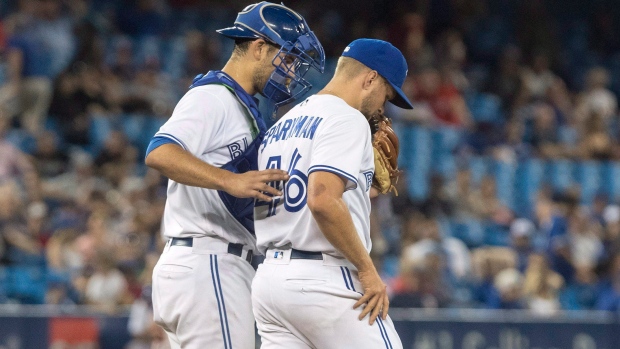 The Blue Jays have selected the contract of pitcher Mike Bolsinger from Triple-A Buffalo and designated reliever Glenn Sparkman for assignment.

Blue Jays have selected the contract of RHP Mike Bolsinger from Buffalo. RHP Glenn Sparkman has been designated for assignment.

Sparkman was acquired through the Rule 5 draft from the Kansas City Royals.

The 25-year-old made two appearances for the Jays, throwing one inning and posting a 63.00 ERA.

Bolsinger has appeared in five games this season for the Jays and has an 0-2 record with a 5.61 ERA over 25.2 innings.