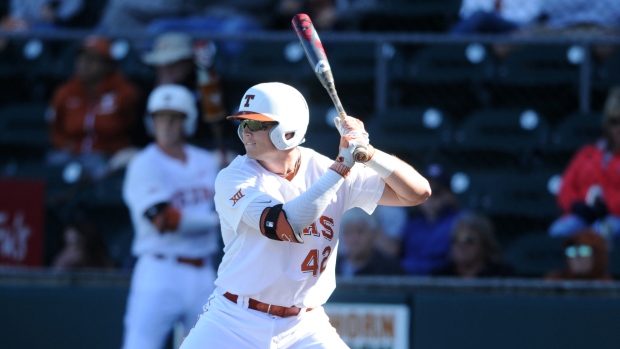 A second generation Toronto Blue Jays player could be on his way into the organization, as the team selected Kacy Clemens, son of former Jays’ pitcher Rogers Clemens in the eighth round of the MLB Draft on Tuesday.

The 22-year-old Clemens is a left-handed hitting first baseman that played for the University of Texas Longhorns, the same school his father was drafted out of by the Boston Red Sox in 1983.

Clemens hit 12 homers this season for the Longhorns with 49 RBIs and a .305 average during his senior season.

The selection was the 249th overall in the draft.