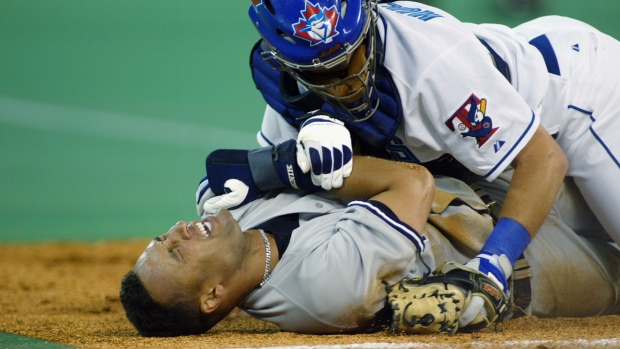 The Toronto Blue Jays were supposed to play their 44th home opener on Thursday against the Boston Red Sox, but like the rest of the world, are unable to resume regular life due to the COVID-19 pandemic.

Still, let's take a look back at some of the most memorable home opening games in Jays' history.

Home Openers Over The Years

If you're a Blue Jays fan, it's pretty hard to be unaware of what happened in the first game in franchise history.

Toronto came into the league in 1977 and kicked it off the only way a team from Canada can - in the snow! Nearly 45,000 fans showed up to Exhibition Stadium on April 7 and witnessed the Jays' first ever win in winter-like temperatures and snow. The hero of the game was Doug Ault who hammered two home runs including the first in franchise history in the first inning.

Despite not picking up their first winning season until 1983, the Jays managed to win their first five home openers. 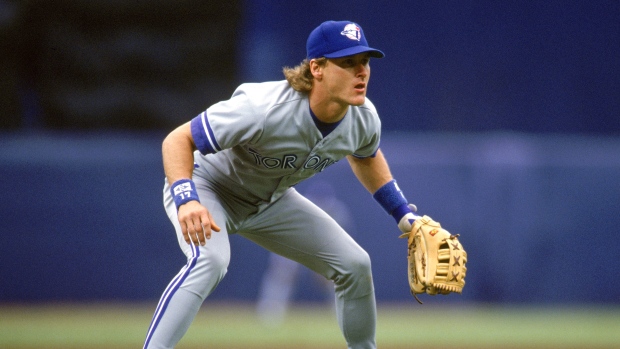 The Jays' bats were working like a well-oiled machine on this day.

Toronto scored six in the first, three in the third, three in the sixth, a single in seven and capped it off with a four-spot in the eighth. The 17 runs marked the most in Jays’ home opener history. Kelly Gruber led the way with a pair of home runs and five RBIs. Catcher Ernie Whitt contributed with three RBIs as well. The Jays recorded 20 hits in total.

SkyDome (now Rogers Centre) opened halfway through the 1989 season, but by 1990 the Jays were playing under the retractable roof full-time and had their first home opener in the modern stadium against the Texas Rangers.

Dave Stieb pitched a solid six innings, allowing only a pair of hits with four strikeouts and no runs. RBIs by Tony Fernandez and Mookie Wilson provided all the offence the Jays would need in the fifth as David Wells threw 1.1 innings to pick up the save. 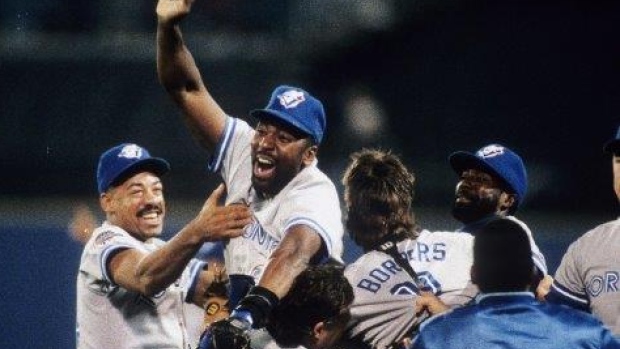 Toronto won their first World Series in 1992 and as a result they played their first home game as champions a year later in 1993 against the Cleveland Indians.

Fans must have been on quite the high after witnessing the World Series ring ceremony in person and had even more thrills with the game that transpired right after.

The Jays would score in each of the first four innings highlighted by a homer from Ed Sprague as the Jays held a 7-2 advantage heading into the fifth. Cleveland scored a single in that inning followed by a six-spot in the sixth as the Indians went out in front 9-7. Toronto would not be deterred though as they stormed back with four runs of their own in the seventh and a pair in the eighth. They would go on to win 13-10. Mark Eichhorn picked up the victory in relief of Juan Guzman who allowed seven earned runs over 5.1 innings.

The Jays defended their title six months later and would beat the Chicago White Sox 7-3 in their home opener in '94. 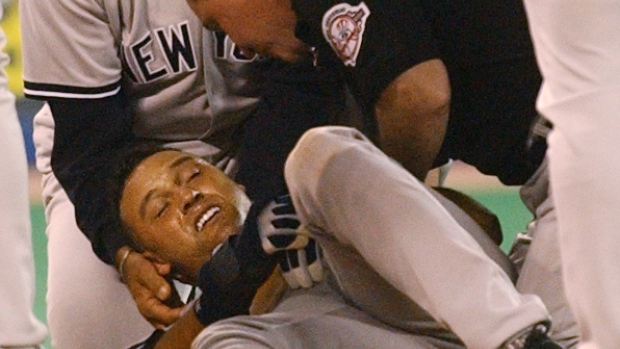 Opening Day 2003 was supposed to be highlighted by an epic pitching duel between six-time Cy Young winner Roger Clemens and an emerging talent in Roy Halladay.

Instead an injury to one of the best players in the game stole the spotlight. Yankees superstar shortstop Derek Jeter separated his shoulder trying to slide into third base after colliding with Jays catcher Ken Huckaby, who was covering. The future Hall of Famer missed over a month with the injury and Huckaby was ripped for being an alleged "dirty" player.

When it comes to the game, Clemens threw six innings, allowing three hits and no runs while Halladay went 5.2 with seven hits and three earned runs. The Jays lost 8-4.

The Yanks would go on to lose to the Florida Marlins that season in the World Series. 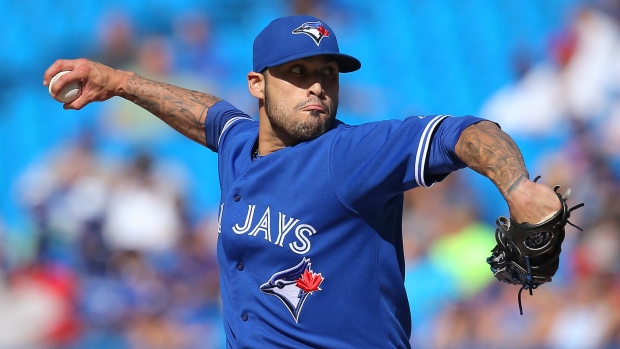 Thanks to a solid pitching performance by Henderson Alvarez, Toronto held a slim 2-1 lead over the Boston Red Sox going into the ninth.

It was a great opportunity for new closer Sergio Santos, who was acquired from the Chicago White Sox in the off-season after a 30 save season, to make a solid impression in front of his new team and fans. Unfortunately, Santos allowed three runs on two hits as Boston came back to win the game 4-2.

Santos only pitched in six games in 2012 due to a shoulder injury that needed surgery. 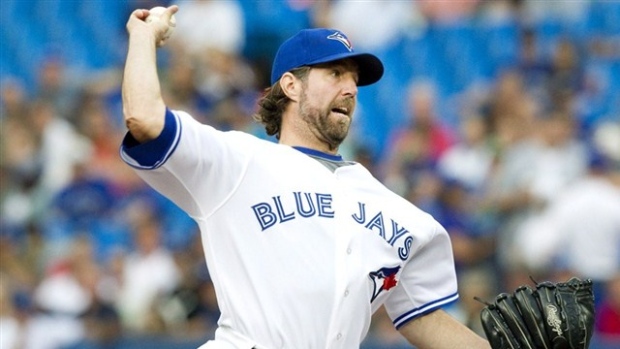 The excitement level among the Blue Jays' fan base was at an all-time high (or at least since the World Series years) going into the 2013 season after they picked up stars like Cy Young winner R.A. Dickey, veteran hurlers in Mark Buehrle and Josh Johnson, speedy shortstop Jose Reyes and outfielder Melky Cabrera.

Opening Day - and the rest of the season - was a major letdown. Dickey allowed only three runs over six innings, but the Jays mustered just four hits as they fell to the Cleveland Indians 4-1.

The Jays finished in last place in the AL East with a record of 74-88 that season.

Eight In A Row 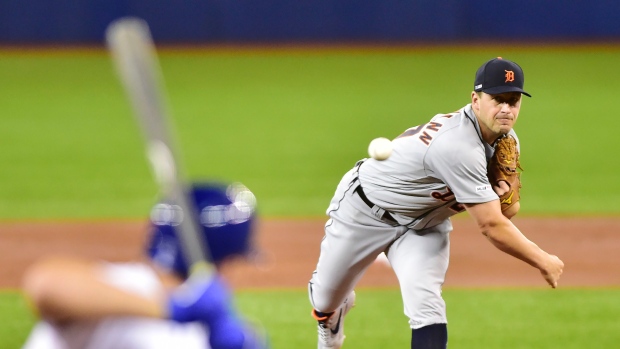 This one was a pitching duel as the Jays only managed one hit against Tigers starter Jordan Zimmerman through seven innings before managing another against the Tigers bullpen over the remaining four innings, including an extra.

Toronto ace hurler Marcus Stroman was just as good, allowing only two hits over seven innings before Joe Biagini and Ken Giles shut the door in the 8th and 9th innings, respectively.

However, Christin Stewart smacked a two-run home run off Daniel Hudson in the 10th inning to give Detroit a 2-0 advantage, a lead they wouldn't relinquish.