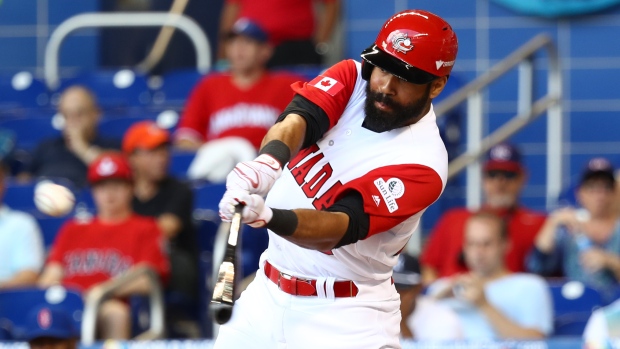 Toronto Blue Jays outfielder Dalton Pompey has been diagnosed with a concussion and shut down, general manager Ross Atkins announced on Thursday.

Pompey was removed from Canada’s second World Baseball Classic game against Colombia in the top of the eighth inning.  The 24-year-old appeared to be shaken up two innings earlier sliding into second on a successful stolen base attempt.

He did not play in Canada’s final group game against the United States.
The 24-year-old Canadian appeared in eight games with the Blue Jays in 2016.