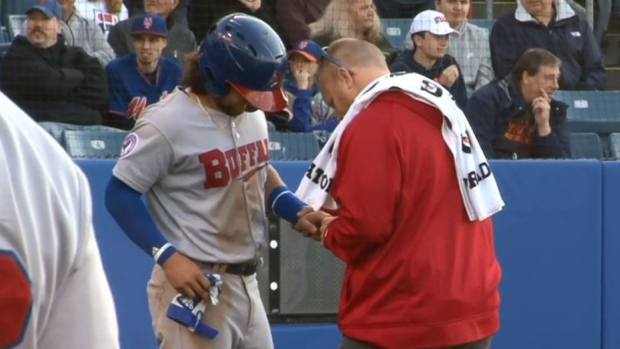 TORONTO — Highly-regarded Toronto Blue Jays prospect Bo Bichette will be sidelined after fracturing a bone in his hand during a minor-league game on Monday in Syracuse, N.Y.

The 21-year-old shortstop, playing for the triple-A Buffalo Bisons, was struck by a pitch in the third inning from Hector Santiago of the Syracuse Mets.

Bichette is considered the No. 2 prospect in the Blue Jays organization behind third baseman and Buffalo teammate Vladimir Guerrero Jr.

He is batting .250 with one home run and eight RBIs in 14 games for Buffalo this season.

The Blue Jays selected Bichette in the second round of the 2016 draft.