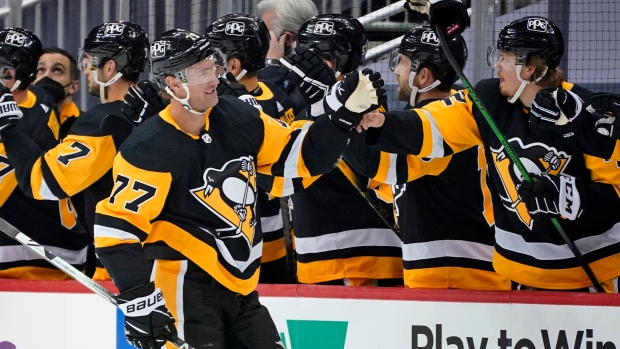 Jeff Carter is sticking around in Pittsburgh.

TSN Hockey Insider Pierre LeBrun reports that Carter and the Penguins have agreed to a two-year extension with an average annual value of $3.125 million.

Jeff Carter signs two year extension with the Penguins, $3.125 M AAV. Full no move clause in both years. Would have even UFA after the season. Been a good fit in Pittsburgh.

TSN Hockey Insider Bob McKenzie tweets that Carter's deal will be worth $3.25 million in the first year and $3 million in the second year. Both seasons will have a full no-move clause, McKenzie adds.

The 37-year-old Carter has 12 goals and 14 assists in 36 games this season for the Penguins, his second after arriving in a trade from the Los Angeles Kings last April.

Carter began his career with the Philadelphia Flyers, being selected No. 11 overall in the 2003 NHL Draft. He was dealt to the Columbus Blue Jackets in the summer of 2011 and then traded again less than one year later to the Kings, where he went on to play 10 seasons.